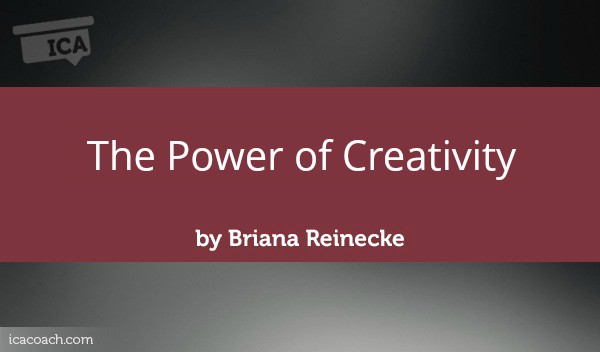 My Client Miranda approached the session with the lack of motivation she felt in her ‘day time job’ that was contracted for 6 months. This caused her to put the attention that she had on building her coaching career to the back burner. Miranda felt as though she was stepping backwards seeing as this job was in IT, a field she has long been apart of and leaving to advance her role as a Life Coach full time.

Miranda came to the session with the intention of finding clarity on her feelings toward this day job. She wanted to dig for motivation to stick with it, seeing as it was just a 6 month contract. She sees it as a problem because it is deterring her from her pursuits as a Life Coach. To her, it is simply a way to bring in extra money in a field she is confident in but not passionate about.  This dilemma has been going on for about 2 weeks, since the contract has begun.

The coaching skill that I immediately thought to apply was that of perspective change. Miranda is obviously in a safe place with this position but lacks the perspective to see how it can be more than a paycheck and can help her coaching career move forward instead of being put on pause.

The worst part of this problem is that she was brought on to fix the problem of time management and productivity while Miranda is feeling the same way in her life. I approached her with questioning how she feels in the coaching world that she is not receiving from the IT world? She responded that she has realized through her ICA journey that she enjoys being her own boss. She has tapped into her creative side when it comes to Life Coaching and IT can be cut and dry. I felt a sense that Miranda was putting on a mask being back in IT. As i delved deeper into questioning her on her creativity and lack there of in her new day job she stated that she had started to experiment with bringing her personality with her to work. She talked of her long time IT job she had, working with a manager she clicked with in their work as well as their personalities and that was lacking for her in this company. She has begun listening to music when she can to set her creative mood. She stated that this helped a lot because there was a constant ‘gun like noise’ that would go off when there was a problem and needed to be attended to. She stated that she didn’t ever want to get used to that noise. Therefore, I applauded her as she was ahead in trying to solve that problem creatively.

Another coaching skill that I applied was powerful listening and powerful questioning.  I asked her how she can bring her ‘coaching hat’ into the job. She was quick to explain that she loves to celebrate her coworkers wins. She believes that they are suffering from ‘dark suit syndrome’ and by celebrating wins she is appreciating this work as well as practicing her coaching skills. I asked her in what other ways can she use what she has learned at ICA in the IT world to leave the company as a better coach. She wanted to help shift perspective, lighten the mood, she as she was while I was coaching her.

Through questioning Miranda, I believed that she gained a better understanding on how she was able to bring her true self: full of new knowledge from Life Coaching, her creativity and humor, to these next six months. Her take away from the session was to continue to be herself. ‘Sometimes there are things you don’t want to do, but how do you turn that into a learning experience? By finding ways to have mental floss moments, such as taking a walk, bringing her humor to the job, playing a game for a few minutes and listening to music, to seek out creative opportunities. Miranda walked away with more clarity than prior to our session as well as taking away more than a pay check from her job.

I believe that my coaching program was successful for Miranda. I was able to give her ample space to set her mind to work out loud and through the process of her thinking come to her own conclusions. Her clarity was found in shifting her perspective from ‘I took this job as a way to earn money and have to drag my feet through the mud for the next six months.’ To that of, ‘I get to show case my true self and the new found creativity I have found in a career through Life Coaching while in a field that I am already comfortable in.’ I believe that this process worked for Miranda because she was open to finding possibility in walking away from the next six months with tools that would help her in her new career as a coach.

If i approached this problem again, I would have like to use visualization to help Miranda see and feel how life would be after the six month contract was complete. Shifting her perspective as well as digging into what Miranda finds rewarding about her new path successfully left her with more peace in her IT role and showed that strong questioning and bringing the attention back to her view, not coaching the problem, helped her walk away with a new mindset.

The top three things that I learned from this session was the power of creativity. I believe that Miranda taught me as a coach a lesson, when she stated that their will be times when you are doing something you may not love but to question how you can bring your true self into the process. I was taught secondly that it is not about the situation. It could be your career, relationship, a situation that has a time limit or may be limitless, but you need to always seek ways to shift perspective towards learning and growing. The last lesson I take away from this process with Miranda is to take situations light heartedly. When it comes to coaching I can put pressure on myself to make sure the client is helped by the end of one session. I must remember that sessions, situations, and life is a process that is taken to grow. If you are willing to step back and evaluate where you are standing, you can grow and flourish with each ‘problem’ that you encounter.