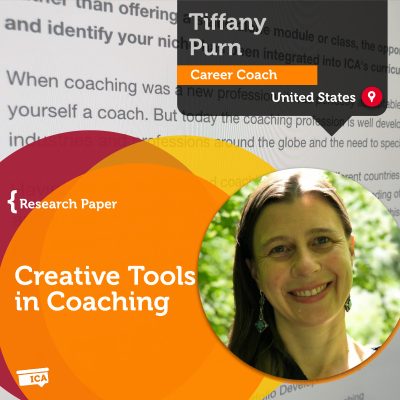 For this assignment, I first intended to do a research review on The Use of Creative Tools in Coaching. Although I did find some research (see references below), I found that there are relatively few studies related to the field of coaching, especially. So, I decided to take an interdisciplinary approach and to interview someone who’s studied art and creative practices and to ask her about her experience with these tools and what might — and might not — translate to coaching. 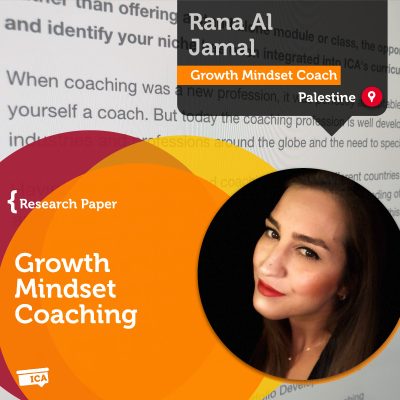 Nowadays, people from all over the world are constantly migrating from their original country to another country for various reasons; political, social, and/or economic. Some people moved voluntarily, while others were unfortunately forced to leave to survive. In both cases, people need to find an adaptation mechanism to survive. In this research paper How Growth Mindset Coaching Can Help to Adapt and Integrate Within Different Cultures, my focus will be on how coaching can help people adapt and integrate into different cultures. According to many researchers, people go through four stages while reallocating, which is called the “culture shock”; (honeymoon, negotiation, adjustment, and adaptation). 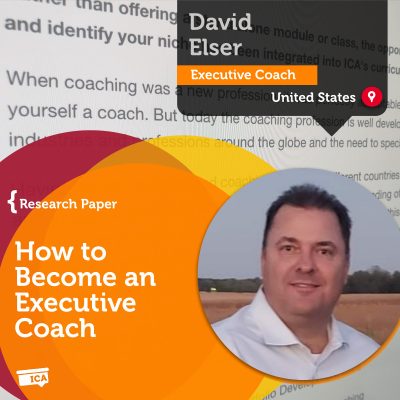 In support of fulfilling all requirements to complete the Certified Professional Coach (CPC) certification from the International Coach Academy (ICA), I have selected my research paper to be an interview with Carolyn Cosco. She is a certified coach by the International Coaching Federation (ICF) with 5 years of experience as a professional coach and an extensive background in Talent Development with many leading organizations. During the conversation, we discussed her work experience, a typical day as a coach, and advice on becoming an executive coach. 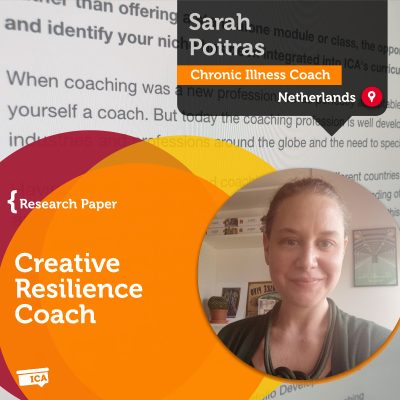 As a coach-in-training with a chronic illness looking to coach others with chronic illnesses, I was keen to interview Jenni Grover. Jenni has been dealing with chronic illness for decades and dedicated much of her life, business, and creative endeavors to helping others in this community as well. Jenni also explained her coaching niche, Creative Resilience Coach, which combines creativity and coaching in an incredibly unique and powerful way. Her approach is one that any coach can find inspiration from. 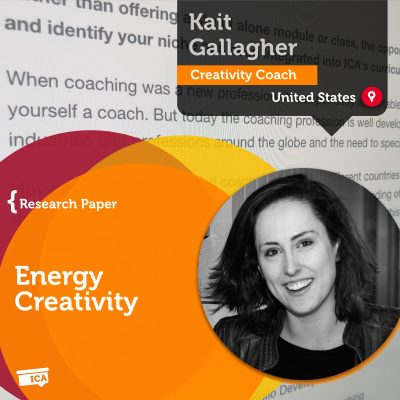 The process of unlocking one’s energy to allow more creativity is not easy. The constant demands of life and societal expectations leave little room to observe oneself, one’s energy, and understand how it is blocked. Not only that, but we often need, once awareness comes, to shift to another way of working and living to respect our energy. It is an ever-evolving process that will kick up a lot of emotion and thought-work. This is where coaching around Energy Creativity comes in. 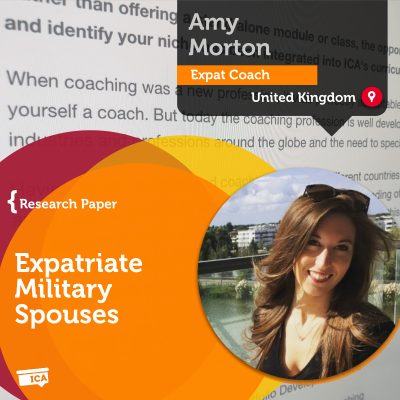 This paper explores the possibility of coaching as a tool for facilitating fulfillment for expatriate military spouses and how working with people’s unique and specific circumstances can assist in the spouse’s reflection on challenges; creating solutions, finding opportunities, and developing themselves in their new country. This paper brings together the theoretical frameworks learned from ICA, as well as academic and my research. 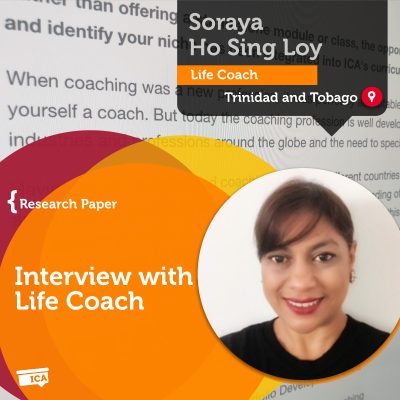 I heard that I must write a research paper to complete my ICA certification. I chose to Interview with Life Coach Samantha Buckley Hugessen, a top ICA graduate, international best-selling author, and my coach. An international best-selling author on Amazon, with the book “UNS*UCK YOURSELF” the guide to designing a life you love. In the book, she clearly outlines simple steps one can take to shift from being OK, to becoming great. In Chapter 4, she explained how we make decisions and then take action steps… I know that success requires two basic things. 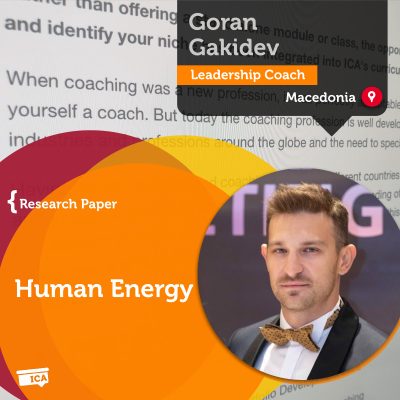 The topic of this short article is Energy. Think about it, energy can be found everywhere, and its impact is real. The universe and everything in it is made up of atoms, and the atomic part is made up of energy. Thus, we should not be alarmed to learn that the form or shape of energy we transmit, and encounter, shapes our lives on multiple levels. We have the rights as much as we have a responsibility to discover as much as we can about human energy transmission and how it may be exploited for the better good. 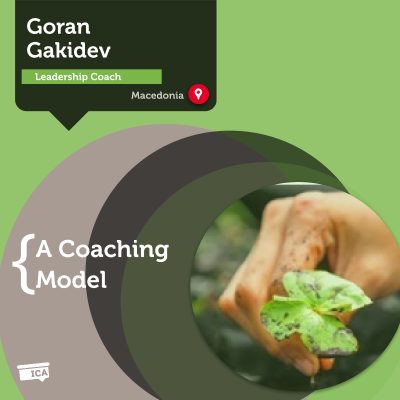 Because I am a leader, you can also be called an executive coach. My most recent job is to help individuals and groups in the organization expand/deepen their awareness. This will motivate them to step out of the compliance zone, and the only way to do so is to be open to the opportunities and challenges that come. There are a lot of questions coming from my coaching clients such as: am I ready for that role or for that change. Coming from such questions and also the experience in the coaching space, the coaching model of EVUCA is helping or supporting everyone to find their own ways of dealing with the situation that they are in. And this idea is what I mean with EVUCA 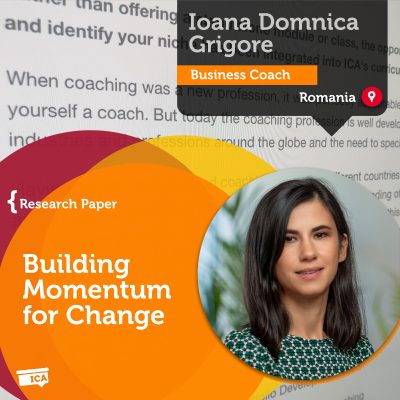 Momentum is generally used to describe increasing forward motion. A boulder rolling down a hill gains momentum. Momentum implies that, like a boulder rolling down a hill, something with momentum will continue moving forward on its own. As we all already know, coaching is not about the coach, but about the client. Of course, the coach will be committed to supporting the client’s journey through changes, but the client needs to be aware of several tips and tricks for daily use. These tips and tricks will help keep the momentum, even when the coach is not present.