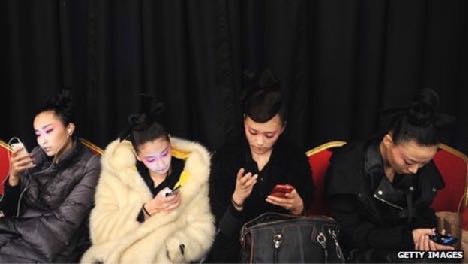 As we lead evermore connected lives, there is a odd phenomenon happening. The connections we have aren’t always what they seem. In the past interactions with others were generally face to face or via a phone call. With the advent of social media, instagram, texting, and any number of other ways to keep ‘in touch’ with people we have actually become less directly connected to people. It is this premise that I want to explore here and illustrate how connectivity isn’t always what it seems. There seems to be something missing and all the connectedness we have is not eliminating the loneliness that many people experience.

We have come a long way from the early days of Aol chat windows, classmates.com and MySpace. While those were more extensions of more traditional connections, we have since gone through a shift to a more detached existence where these are no longer the extensions of ourselves but rather the primary manifestations of our interactions with others. There is a hollowness in that and it is what leads many to very lonely even though they are seemingly very connected. 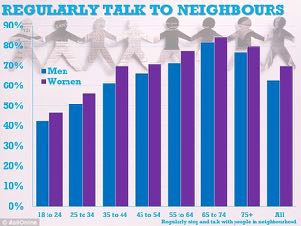 The MailOnline did a survey in the UK and asked people in different age brackets if they stop to talk to neighbors and people in town.

This data skews very heavily to the younger generations tending not to speak with neighbors as much as the older generations.

When you then look at the correlation between this and social media saturation, the result is quite interesting.

Those who are most active online, tend to be the ones that are least likely to have direct interpersonal contact. 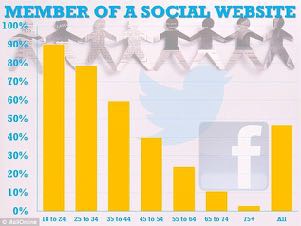 This is not the only example of this, there have been numerous other studies that bare this same result out. Let me share another with you.

There was a study done at the University of Missouri which found a link between heavy Facebook usage and feelings of envy and depression.

The high Facebook usage come with an overall decline in socializing with friends. There is a strong sense of anxiety among the younger generation since their stress is not finding much of a release anymore and escaping into the online world holds little emotional and psychological benefit. 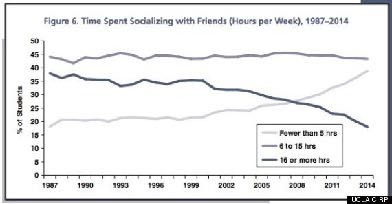 This also exasperates and diminishes overall feeling of wellbeing and security. 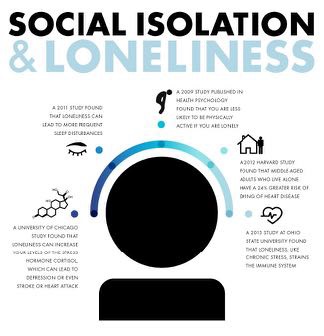 All the loneliness and isolation that we create through heavy social media adoption comes with a cost to our physical health as well. A BYU study found that there are direct health consequences to a life lived mostly online.

It can lead to any number of physical manifestations, such as poor sleep and a weakening of the immune system.

In conclusion, there are many ways in which social media overuse can lead to both psychological problems as well as physical ones. Studies around this will surely continue to be done but, there is already very clear evidence of it’s impact.