When I considered how to create my own coaching model, I considered my background in engineering and design principles. When designing a product, you must realize that the first idea you have is not always the final product. In fact, the key to moving forward is to try ideas that have been formed with background information and facts and to learn from trying. I want to use this mindset in my coaching, so I devised the PROTO model.

The Cambridge Dictionary defines a prototype as

The first example of something, such as a machine or other industrial product from which all later forms are developed. 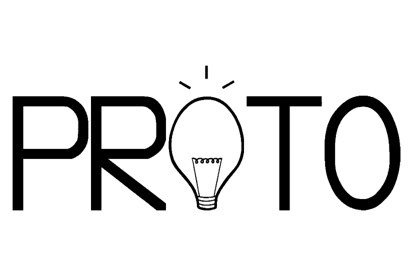 The realization stage would be to delve further into why the client is having the problem – if there are any underlying beliefs, fears, or roadblocks and really help the client to fully realize their vision.

Various techniques can be used here to fully assess the client’s limiting belief and their origin.  But the pathway to the next section of the model will be by helping to release the client from these blocks, allowing ideas to flow.

This is the fun piece of the process; where the client now understands their problem or vision and what had previously been standing in their way.

At this point, design principles could be used again in a mind map to brainstorm possible solutions or steps for the client to move forward towards their goal.

With every prototype, there must be a moment to try it and see how it performs. To do this though, there must be a clear understanding of the boundaries of success and failure so the outcome can be evaluated.

At this point, it is important to raise awareness of what success is and could be.

It is also important to ensure that the client is well supported to execute their solutions. This would require an understanding of their resources on hand and most importantly, their accountability.

At this point, there would need to be a break in coaching whilst the client tests their prototypes and evaluates the success, a follow-up meeting for the next phase would be set using the time frame given by the client.

Following the break, there would be;

The important point at this phase is for the client to review and recognize what happened after trying the prototype.

At this point using design principles, the key aspect is to learn as much as possible from the trying phase and to return to the originating phase. With understanding the successes and what was learned, it is possible to re-evaluate and fine-tune the solution or vision and run the Realisation-Originate-Try and Outcome section of the model again, until the outcome success level has been met by the client.

At every point, there will be something to be learned and readjusted as time moves forward, and given that the solution is regarded as a prototype, there can be a release of tension that the solution does not have to be final and there is already permission given to the client that there can be changes of heart and adjustments with new information gained. As time continues, the client’s self-awareness from previous iterations will continue to grow to provide fresh perspectives each time.

I tried this with a peer coach, who was trying to find balance in her diet. She was apprehensive about the Christmas period and how this would impact her daily habits. Through the coaching, she mentioned that she wanted to track her diet to be fun, and through exploring her nerdy fun habits (Microsoft excel) she got very excited about building a tracker spreadsheet that also tracked what she ate when but also how she felt afterward.

When I shared the concept of PROTO and instilled the possibility of the tracker being a ‘trial’ period to learn only, she was engaged.

We reconnected some weeks later and in fact, this tracker had failed as it was costing her too much mental anxiety during the period. But, given that this was regarded as a trial, she immediately restarted the trial in January and by our session, had been working well.

The PROTO principle had given her the opportunity to fail and restart again without anxiety, whilst also having key takeaways and understanding more about the parameters needed for her success to track.

She has since gone further with the principle and gave herself a set period on another diet-led initiative that she will be prototyping.

Your Coaching Model reflects your values,
philosophies and beliefs and must communicate who you will coach
and the problems you will solve. Read more about creating your coaching model