You are here: Home » COACH STORIES » Interview With ICA Coaches – Why Coaching? What Niche? Client attraction and more

Last week Merci Miglino and I hosted calls with 6 of our amazing coaches to celebrate International Coaching Week. We covered a range of topics and the coaches shared freely on topics such as – How they came to coaching / How they chose their niche or specialty / How they chose their client group, how they attract clients and more.

Listen to the Audio Interview with Robyn Logan 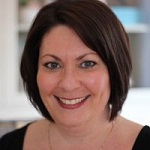 Sarah was originally from Montreal and now lives in Alberta, Canada. Sarah came to coaching after working for 14 years as an Interior designer. She would often notice in her work that more often than not, an “outside” change was not fully what her clients were after. Sometimes a new paint job or new furniture didn’t quite cut it. The change they were looking for was an “inside” one.

After graduating from ICA Sarah set up Pure Simple Change and now works with visionary women who want to unlock their greatness.

Ange is from Australia and at the time of this recording was working in a remote Aboriginal community north of Brisbane. Ange came to coaching after being made redundant from a company she loved. It turns out that event was one of those life changing moments. The company paid for her to do a positive psychology course and it was during that program that she realised coaching was her next pathway. Whilst still studying as a coach Ange set up her business “OwnYourShitGirl.com” and currently coaches women who are already kicking goals but just need that little bit of help to get to the next level. 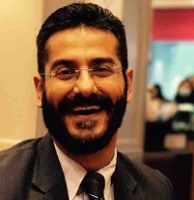 Sid is originally from India and now lives in Hong Kong, having previously worked in India, Singapore, Japan and Australia.  Sid came to coaching from his experience as a client in the corporate sector. The benefit he received from coaching made him  want to share and contribute to the growth and development of others. After graduating form ICA he has now blended coaching with his love of sales and is currently working as a Sales Coach.

Listen to the Audio Interview with Merci Miglino 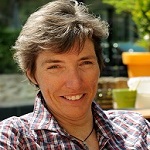 Gerdi Verwoert is a Certified Professional Coach and Mountain Seeker Extraordinaire. She left 20+ years in the corporate world behind, and moved to the mountains where she now coaches people who want to live life on their own terms. Gerdi uses blends coaching, and hiking as a metaphor, for life and life’s challenges. Read More

Julia is based in the United Kingdom and is a current student of International Coach Academy’s Advanced Coach Program. As a communicator, relationship-builder, creative and technologically savvy person, Julia provides training and coaching with a focus on equality, diversity and inclusion. Read More 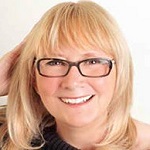 When Mindy Kaleta sees a woman who is mindlessly moving through life unaware of her true potential, she feels deeply for her. Because she was once that woman herself. Mindy now blends her independent publishing experience, with coaching and is now a Book Creation and Publishing Coach. Read More