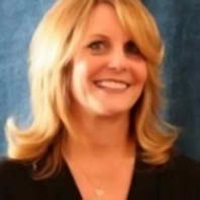 How did you find Career Coaching?

Prior to becoming a certified coach I worked in Corporate America for Fortune 100 and 500 companies.I was a First Vice President of Training and Development.  I found my job fulfilling and I enjoyed it very much. However, something was missing.  I wanted to do more, help more people and move myself into action.I looked into Coaching Academy’s and selected the one that I felt was the best, ICA.While attending ICA I was still employed and was leading internal coaching programs along with training and development for our company’s leaders.  I had found a niche that I felt was just right for me.

After I graduated from ICA I took all the experience I had from before, combined it with the great training and support I received through ICA and started by own practice, Key Pointe Coaching.

The name was created one day when speaking to my father-in-law and explaining what coaching is all about.

Every time I told him something he would reply with “that’s a key point to know”, volia!  My coaching practice now had a name!

During the economic downturn of many economies, my coaching has taken me into many companies to coach and support employees that were losing their jobs to downsizing or layoffs.

Along with Leadership coaching, I have been using my skills to coach people into action after losing their jobs.

How are you using coaching to make a difference?

When jobs are scarce, people turn to starting their own business or becoming entrepreneurs. I took my coaching skills to the local Chamber of Commerce and proposed a program of coaching and mastermind to help business owners to resources that larger corporate companies have, but they lack. The Chamber thought this was an excellent idea. I joined forces with another graduate from ICA and together we are helping our community get back on their feet as well as succeed in business! Additionally, I have used coaching to facilitate Mastermind groups for people who want to excel have taken my coaching experience and leveraged it in this fascinating area as well. I couldn’t be happier and excited that I made the changes in my own life.

What was the most valuable thing you learned at ICA?

I chose ICA after looking into many different Coaching Academy’s. There were some major pulls to ICA that I didn’t feel with other Academy’s. First off, the structure of the classes. The freedom to call in and join a group at various time frames was appealing since I was working full time. I also felt the price point was right. There were many schools that were double or triple the price and required me to spend additional money for retreats that were required. I didn’t have the time or the money. The final draw was the international structure. From being in business I know the value of getting perspectives from around the world. ICA with the diverse instructors combined with students from around the world was pure joy.