My client, we’ll call her Metis for the purposes of this case study, came to me through the ICA peer coaching process. I’ll admit, at first I was a little intimidated to take her on as a client. She seemed… well… perfect! 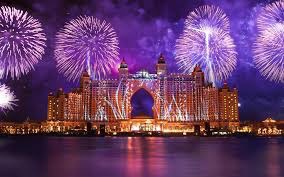 She even lives in a part of the world that many would describe as perfect. She is a spiritual, intelligent, wellspoken, high achieving, successful woman. She is a professional, a wife, a mother of a young toddler, a writer, an artist, a continuous learner, an animal advocate (and I’m sure I’m missing many others). She is simply a beautiful person inside and out. She turned out to be one of my most favorite clients I have ever had.

Ironically, as we began working together, she articulated her “issues” as being the exact things that intimidated me in the first place. She was a self proclaimed “perfectionist.” She described her constant need to “over achieve” in every element of her life, as something that she has always had. She said her mother often told her she’s been that way since she was a little girl and that she should “slow down” once in awhile. To Metis, slowing down was not an option. Anything less that perfect was not an option. However, she said that this was causing her so much anxiety and stress that she felt she was at times “shutting down.” She described these times of “shutting down” as times that the stress and anxiety became too much, but when she did shut down, she then felt guilty. This became a cyclical challenge for her and she described this cycle as something that pulled all her “energy” away from her. She would become frustrated with herself because she felt that without her full energy, nothing was perfect.

Because these issues impacted many areas of Metis’ life, we spent several sessions working through them. As a coach, I used a variety of skills to support Metis. In a few sessions, we Dubai, UAE focused on the things that gave her energy and whether or not she had been neglecting these things. We discovered that she had been neglecting the very things that gave her positive energy, because she was so focused on getting things on her “to do” list completed. With her permission, I had her use visualization to describe specifically the things that gave her energy. While she went through this process, she realized that she hadn’t been doing any of these things lately, and they were just the things she needed to get back to. We designed actions and specifically how and when she could incorporate these activities back into her schedule. What activities she could start doing again right away, and what activities she could schedule further out.

Metis discovered that it was the lack of these things in her daily/weekly routine that were in fact zapping her energy. I used a variety of skills during these sessions including uncovering underlying beliefs; lightness vs significance; action vs delay; mindfulness; and visualization (to name a few). Metis incorporated a “free day” into each week. This was a day focused on herself and not on her “to do” list. She would do the things on this day that she previously felt guilty doing. She realized that these were things she needed to restore her energy, not frivolous activities. She realized that by having a “free day” she could give herself permission to focus on her needs and not feel guilty about it. She used this day as a celebration and acknowledgement of her accomplishments as well as a day to recharge her energy.

The other component intertwined in Metis’ issues, was her constant need for perfection. She would often express concern that she would get projects partially complete but could not get them to full completion because they weren’t “perfect.” This also caused her anxiety and frustration because it impacted her need for high achievement. She said she felt like a “failure” because she couldn’t get some projects to that perfect state. As Metis’ coach I used a variety of skills and techniques to get under this need for perfection, and whether it was serving her in a positive way. I used thought provoking and powerful questions to help her define what perfectionism meant for her; how this may be holding her back and how she could move forward; we examined the positive and negative elements of perfectionism and how we could get perfectionism to work for her and not against her; we explored times when something may not have been perfect, but actually worked out well. We explored how it might feel to complete some projects at a level below perfect and explore what would be the worst thing that could happen in those cases?

Having worked with Metis for several weeks, I knew the things that she most loved in life; the things that brought her joy, energy, renewal, and lightness. One such thing was the beach. I used a visualization exercise with her and virtually brought her to the beach. I asked her to see, feel, hear, smell all that she could around her. I asked her to describe everything from the smallest detail, the faintest smells, the sounds, what she saw… I never once heard her description include the word perfect. In fact, she had a transformational experience in that she realized the place that she had always thought was perfect, was in fact perfectly imperfect. This was a pivotal point for Metis. She realized something doesn’t need to be perfect to be exceptional. She left our session with a new perspective on perfectionism. One that I hope she will carry with her for the rest of her life.

My experience with Metis was also transformational for me. I am very similar to her in that I’m also a high achiever and self proclaimed perfectionist. It challenged me to be empathetic but not to bring my issues to her space. Through my coaching her, I learned to challenge my own perspectives. Additionally, I took risks in my coaching that I hadn’t planned for. I realized that I had an inherent “judgment” about visualization. I thought it was “fluffy.” I wasn’t even exactly sure how to use it. I’m sure I had a fear of using it as it may not be used perfectly. I listened to the words of my mentor coaches (Alexandra Barosa and Sunita Chhibar) and took some risks, trusted the process, and in retrospect it was the best thing I could have done for my client.