As a school counselor, I saw similar scenarios. The students that came to me for counseling were varied in their needs and perceptions. Some were withdrawn while others were sociable. Some came with high expectations and bold visions while others were closed and in need of nurturing and encouragement. Certain children, who displayed negative behaviors, needed a strong enhancement to their self-esteem.

Imagine the vast disparity between the child who comes to school with the basic premise that they are likable, friendly, curious, creative and well adjusted compared to the child who is morose, who has a low opinion of self, is feels inferior or is withdrawn. Which one will develop the belief that they are not good enough? Which one may settle for less than they are capable of? In my experience, it has always been the child with disempowering beliefs. Their belief will eventually become their reality.

This research paper is an exploration of, where beliefs come from in the first place, how they affect a child’s self image, and how self-limiting beliefs originate and how they affect children’s behavior and similarly adult behavior. I recognize, of course that limiting beliefs can be empowering or dis-empowering. The purpose of this paper will be the impact of negative beliefs and how they can be changed especially in children. 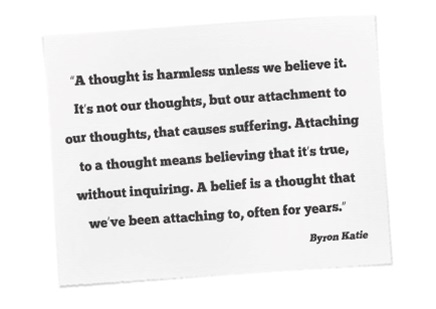 Beliefs are powerful mental notions humans have about themselves. Beliefs can be emotional, physiological, rational or irrational. Beliefs are the colored glasses, the filter so to speak through which people interpret their life experiences. Actually, beliefs always precede action. The action is not the end result necessarily, that action may influence a new belief. The interesting phenomenon is that beliefs operate below the level of awareness most of the time; they are typically noticed by their side effects. Many times people are hardly aware of them. Beliefs are known to:

The great principle as espoused by Brian Tracy is that

you become what you think about most of the time. (P. ix).

Our outer world where we operate is pretty much a reflection of what is going on inside of ourselves. The Bible in Prov. 23:7 also says as a man thinks in his heart so is he. These statements and many others allude to the fact that what a person thinks about is basically what he is in essence.  Everything a person is, in essence is the result of their thoughts that emulated from various external stimuli.  This then, became their truth which is reality is their belief.