Sherpa Coaching has been affiliated with many universities over the years, currently with University of Georgia and Howard University. 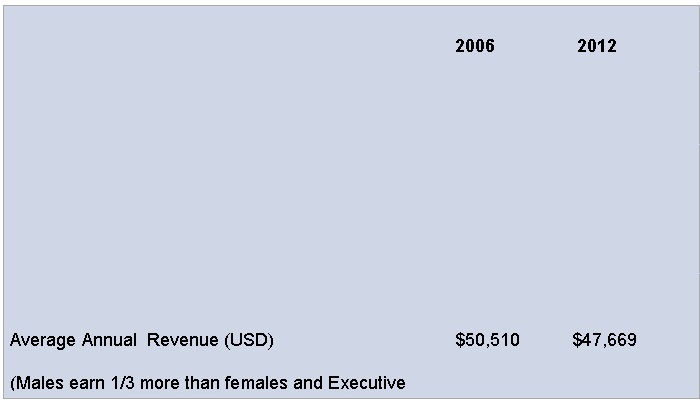 They train and certify executive coaches since 2004.

Their research team conduct an annual survey, the largest and longest-running in the industry. Full results are available for free on the website.[6]

In the 2014 survey we can fin interesting information and trends of the profession :

Sherpa: The Value of Coaching Other interesting finding in Sherpa survey is the purpose for executive coaching:

While reading the literature and especially the bibliography of Stern and Stout-Rostron and the one from Anthony Grant, I made a list of the most active journals in publishing coaching research :

1. Consulting Psychology Journal: Practice and Research. It has been publishing for over

2. Coaching: an International Journal of Theory, Research and Practice. Currently the best coaching journal. Started in 2008.

What are the most important topics for research in the Field of coaching?

Difficult to answer the question, but I can share what the researchers have suggested:

What can we find in a research paper ?

While reading some articles, I came across some interesting researches. Here are the abstracts of  few of them.

The debate of whether coaches need a background in psychology to be effective is still going on. Psychology journals say yes while Management and HRD journals  usually emphasise organizational and business acumen.

Lai & McDowell (2014) did a literature review of the characteristics needed to be an effective coach[8]. They developed a competency framework with 8 Knowledge Requirements (included both psychological and business acumen); 5 Personal Attributes; and 3 Skills and Behaviors.

In “What determines helpfulness for clients of coaching?”, de Haan et al.[9], found that  “the client values the relationship with and the qualities of the coach, while making little distinction between specific interventions of that same coach”. Listening, understanding, and encouragement from the coach were the behaviors deemed most helpful.

Grant[10] was the first to systemically explore the issues  of using  a Solution Focused vs. Problem Focused approach in coaching. 225 participants  were randomly assigned to SFC or PFC conditions to address real life problems. The study found that  SFC  had 10X the impact on positive and negative affect; 5X impact on Self efficacy; 2X impact on Goal approach; and produced 23% more actionable steps in their Action plans.  However being solution focused does not mean you should  be ‘problem phobic’ and never talk about problems. I dedicate the last part of this article to a list of research topics I would appreciate to read about in the near future. Some of them might be difficult to run due to confidentiality and sample sensitivity, but still, I believe there is a way to collect and connect accurate and comprehensive data.