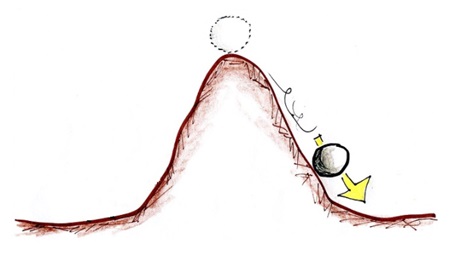 This is also sustained by Newton’s First Law, also known as the Law of Inertia: “Objects at rest tend to stay at rest unless acted on by an outside force. Objects in motion tend to stay in motion unless something stops their momentum”.

Put another way, achievers (people who get into a successful rhythm) grow to be attaining more….once they get going.

When someone is actively moving toward a goal, you, as a coach, have thousands of opportunities to spark change. Action-driven person thinks of themselves differently and with more confidence. But if a person is doing nothing, you need to reach deep into their psyche through coaching sessions to spark a change. Therefore the road is harder and longer.

Momentum is not only an aspect of physics. It is also a feature of the human experience that is often overlooked and underutilized.

When properly designed, momentum generates flow in one’s life. Why is living in flow so important? Mihaly Csikszentmihalyi defines the concept of flow in his book: “The state in which people are so involved in an activity that nothing else seems to matter. The experience itself is so enjoyable that people will do it even at great cost.” By extrapolation, constantly living in flow results in a meaningful and enjoyable life.

How Momentum Works in Real Life

Momentum is powerful. So powerful that in the sports world an opposing team will do just about anything to interrupt the pattern and cause momentum to stop by calling a timeout, stopping the clock, or causing a foul or penalty.

But what is the most powerful regarding momentum is that even when obstacles get in the way (and this will happen), momentum has the power to transfer its energy through objects in your path. Therefore, in time, momentum makes everything easier and obstacles easier to surpass.

Here Are Some Examples of the Momentum at Play in Real Life.

Momentum has played a great role in Michael Phelps’ life resulting in winning a legendary eight gold medals at the 2008 Summer Olympics in Beijing. Working with his coach, Bob Bowman, Phelps honed his talents over twelve years. Together they built routines and rhythms and developed a consistency of performance that prepared Phelps to catch momentum just at the right time: the Olympic Games. Phelps and Bowman’s relationship is legendary for its scope and ambition: Bowman required such consistency when it came to practice that one of Phelps’ most vivid memories is when Bowman allowed him to finish a training session 15 minutes early so he could get ready for a middle-school dance.

In 2001, the year Apple released the iPod, they went from 30% revenue growth to -33%. Consistent growth only came in 2004  (up to 33%) and 2005 when Apple catapulted to 68% revenue growth. Since then, momentum helped Apple to dominate the digital music distribution for years with iTunes.

Google was a small, struggling search engine for a while, but today it owns more than 60% of its market. YouTube, the video-sharing space created in February 2005, officially launched in November of that year. But it wasn’t until they featured the “Lazy Sunday” digital short that originally aired on Saturday Night Live that people started going to YouTube. That YouTube video clip went immediately viral: it got more than 5 million views before NBC asked to have it taken down. By then there was no way to catch them. Today YouTube owns more than 60 percent of the video market.

These examples confirm two things: the power of momentum and the patience and persistence one has to have until reaching it. As you can see, momentum is not easily obtainable. It takes time and persistence even when the going gets tough, but it’s worth it as its impact is persistent too.

That’s why momentum is a very powerful and useful tool in generating and sustaining change.

Building Momentum for Change Through Coaching

As you’ve already learned so far, building momentum is not easy: getting started is slow going, then the first step is the hardest. One step, two steps, three steps and you feel you’re getting nowhere. But after a long and hard effort, you get going and, once you get going, the momentum makes it easier to happen. Adopting any change works the same way. You get started by taking one small step, one action at a time. Progress is slow, but once a newly formed habit has kicked in, momentum helps success and results compound.

Motivation is the way of change. Momentum is the how.

As Julian Stodd was saying, “the primary message of the Change Curve framework is the move from being Resistant to change, through to Constrained, then finally to Dynamic. The Resistant person loses momentum whilst the Dynamic one builds it.” Several methods can be used for driving and sustaining the dynamism within your client. The most common one is using the client’s intention to change. As adults, we are internally motivated and self-directed which means that to learn new things or to make a sustainable behavior change there must be intent.

Unfortunately finding an intent for change is not that easy because of the pattern called “escalation of commitment”. The psychologist Adam Grant explains how this works in his book “Think again”. When we dedicate ourselves to a plan and it isn’t going as we hoped, our first instinct isn’t usually to rethink it. Instead, we tend to double down and sink more resources into the plan. This pattern is called escalation of commitment and it happens because we’re rationalizing creatures, constantly searching for self-justifications for our prior beliefs as a way to soothe our egos, shield our images, and validate our past decisions. 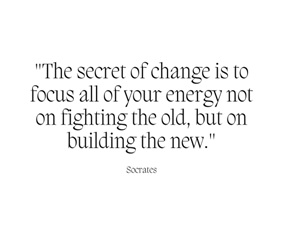 The coaching process can help the client break this pattern through exploration, reflection, and powerful questioning. Once the pattern is removed, the road to finding intent for change is clear. Here are the steps for intentional change coaching:

Through this process of facilitated reflection, the coach can create an intrinsic tension within the coachee by drawing out the gap between the “real” and the “ideal self”. This tension is uncomfortable and the client will want to eliminate it, so a sense of urgency starts to emerge. 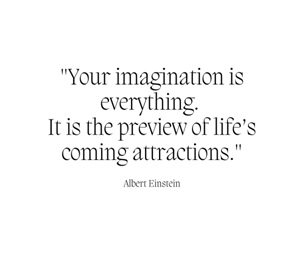 Another tool for driving and sustaining the dynamism within your client is his imagination. There is no more powerful tool than this one when trying to spark motivation

Coming back to sports, one method that athletes’ coaches often use is painting the picture of the desired outcome – the picture of what they want to experience, how they want to carry themselves, every little detail about walking onto the winner’s deck, raising the trophy, kissing the medal. The same can be used with clients – knowing where they are heading builds motivation and this, in return, builds momentum:

No matter the method used, as a coach you have mainly three tasks:

Tools for Clients to Keep the Momentum

I would conclude that momentum is mainly about intention, motivation, persistence, and consistency. I always say to my clients that momentum is like a single wave roller-coaster: the machine puts a lot of effort into climbing the hill, but once on top, first, there is an extraordinary view (of all the possibilities that lay ahead), and second, you need to prepare yourself for one HELL OF A RIDE!!!