In life, it doesn’t matter how or where we start because along the way, with the help of our loved ones, we will discover and unwrap our gifts. Excerpt from the Chess Pawn Speech

For me, coaching is like playing chess.  At some point, a client will transform from a pawn into a queen.

The first part of this research is the correlation between chess and coaching.

The second part is the conclusion of the survey I organized for this research.

Part I:  Chess and Coaching

In chess, there are three stages:  Opening, Middle Game, and Endgame. It is the group of first few moves of a game.  There are lots of openings such as the Ruy Lopez or Sicilian Defense. When I played for the World Chess Olympiad in 2018, I used Colle Openings for white.

Right after the opening, middlegame starts.  This is the stage of the game that uses lots of analytical thinking process.

This is the process whereby the players assess the progress they’ve made towards their objectives.

This is the process whereby a relevant strategy is identified based on the current situation.  The players rely on their calculation skills to check if the idea is safe.  An example of a strategy is a tactic. This is the process whereby the players visualize all the critical variations and tactics that exist in the current position.

The stage of the game when there are few pieces left on the board.  Everything else equal, a winner can be predicted based on the space occupied and the remaining time. 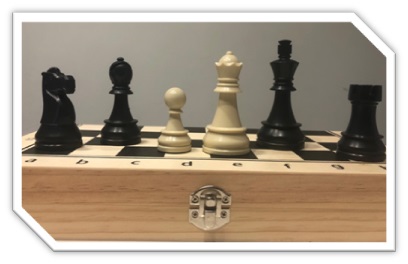 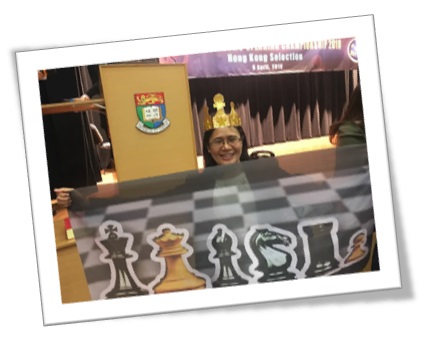 The Correlation Between Chess and Coaching

In Chess, players adhere to Chess rules. Each chess piece has its movement, and the game would start with the opening, then the middle game, and proceed to end. In coaching, coaches adhere to the ICF Core Competencies. Coaching also starts with opening, which is establishing the coaching agreement, proceed with the sessions then end the coaching with designed actions that the client will undertake.

The chess pieces are positioned during the opening game.  The coaching agreement sets the foundation between the coach and the client in coaching.

In chess, a player that knows combinations and patterns very well can easily plan the attack.  A player can plan the early checkmate of the opponent’s king or capture the opponent’s chess pieces to gain materially. In chess, being smart is good, but what I’ve learned is knowing more patterns is better than being smart.  Only a skillful player can win the game.

In coaching, coach skills such as establishing trust and intimacy with the client, coaching presence, active listening, powerful questioning, direct communication, creating awareness are essentials during the discussion.  This is the moment that the client finds out what’s the issue underneath the issue that she brought up.  Only a skillful coach can bring that experience to the client by using powerful questions as a tool.

In chess, once the board is analyzed as to the amount of space, values of the pieces, the tactics are ready to be executed. In coaching, once the client realizes the real issues, the next steps are designing actions, planning, and goal setting and managing progress and accountability.

Promotion in chess is a rule that requires a pawn that reaches its eighth rank to be immediately replaced by the player’s choice of a queen, knight, rook, or bishop of the same color. Since the queen is the most powerful piece, the vast majority of promotions are to a queen. Promotion to a queen is also called queening.[3]

As explained in the ‘Coaching Model: Chess Pawn to Queen’, for the client to be transformed, there are various stages that he/she needs to undergo: (1) Pawn – the beginning stage; the “present” of the client and where the coaching agreement is established, (2) Self-exploration – the stage where the client would explore his/her limiting beliefs, that will eventually lead into building his/her confidence and understanding his/her life’s goal/s, (3) Taking Actions – the stage where the client will design the steps that he/she needs to take to finally proceed to the last stage, which is becoming a (4) Queen – where talents, treasures, and successes are found.

I conducted a survey among my circle of friends on how they were transformed from being a pawn into a queen, and keys they used to open their treasure boxes.

Thirty people participated in the survey. Below are the age groups of the participants: 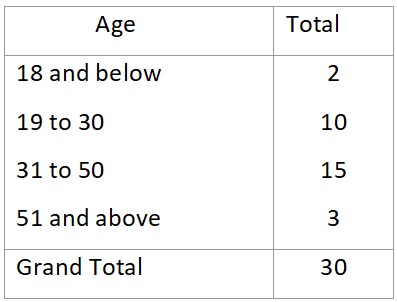 The result of the survey of Inspiration as one of the keys is: 70% of the participants considered that family and loved ones are their inspirations, 15% said that their mentors/role models are, and the rest are God, friends, and others.

Another key to how they succeeded is their motivation. Below are some of the factors that were mentioned in the survey that motivated the participants:

As the participants step forward into reaching their goals, passion has become one of the keys that move them into opening their lives’ treasure boxes. Some of the mentioned answers in relation to this are:

The participants also shared the challenges they faced during the process, but because of their inspirations and their motivations, they were able to succeed and even discovered their skills and strengths. These skills and strengths that they found are some of the treasures in their treasure boxes that are being revealed to them as they continued pursuing what they want to achieve: writing, public speaking, communication skills, critical thinking, leadership, organizational skills, business management, confidence, focus, patience, determination and many more.

Now that the pawn is equipped strategically with the required skills and strengths and with a strong foundation of inspirations and motivations, finally, the pawn has become a queen. A queen with her treasure box already opened by the keys she possesses. Some of the achievements that were mentioned by the survey participants are:

In closing, coaching is like playing chess.  The game will start from opening, continue with the middle game and proceed with the end. At some point, a client will transform or promote from a pawn into a queen. During the process, like chess, strategies, and tactics are needed to win. So the client needs to explore himself/herself to know his/her keys (inspiration, motivation, and passion) that will help to discover his/her skills and strengths, and the client takes action to become a queen. And once the client has been transformed into a queen, he/she will be able to unlock all the treasures in his/her life’s box. 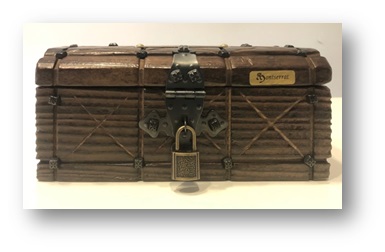