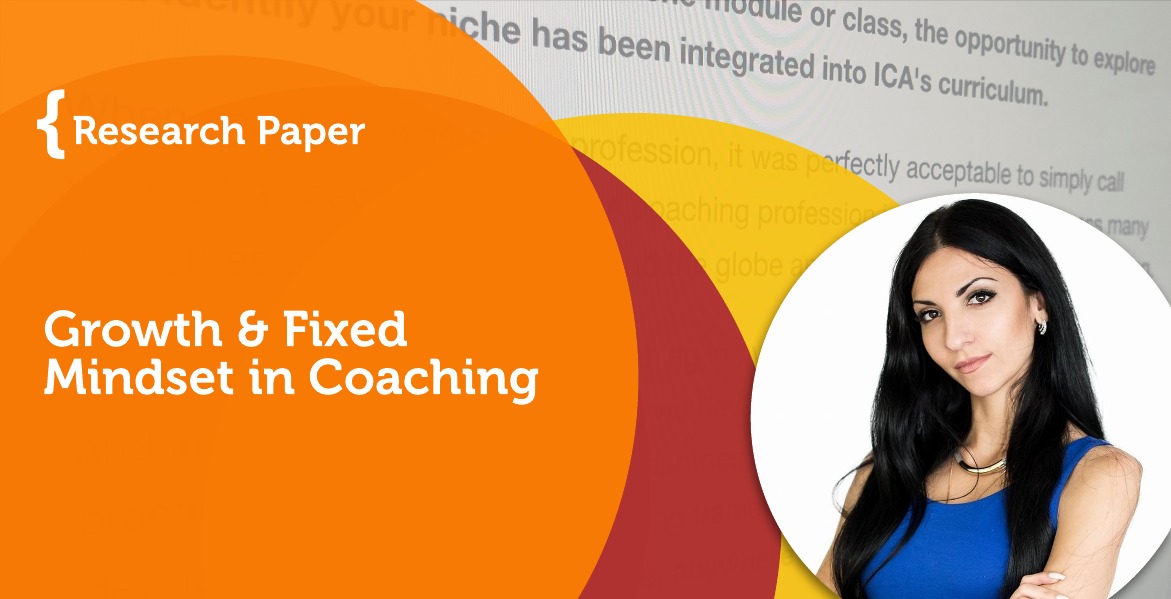 What is growth mindset vs fixed mindset?

Over 30 years ago, Carol Dweck and her colleagues became interested in students’ attitudes about failure. They noticed that some students rebounded while other students seemed devastated by even the smallest setbacks. After studying the behaviour of thousands of children, Dr Dweck coined the terms fixed mindset and growth mindset to describe the underlying beliefs people have about learning and intelligence. When students believe they can get smarter, they understand that effort makes them stronger.

Carol saying (quoted): “For decades, I’ve been studying why some people succeed while people who are equally talented do not. And over the years, I’ve discovered that people’s mindsets play a crucial role in this process”

These mindsets are really important when it comes to learning.

The difference in mindsets

To briefly sum up the difference: Individuals who believe their talents can be developed (through hard work, good strategies, and input from others) have a growth mindset. They tend to achieve more than those with a more fixed mindset (those who believe their talents are innate gifts). This is because they worry less about looking smart and they put more energy into learning.

Dweck’s work shows that mindsets have a major influence on people’s ability to learn. And that people who utilize this growth mindset tend to learn, grow and achieve more over time than people with a fixed.

Recent advances in neuroscience have shown us that the brain is far more malleable than we ever knew. Research on brain plasticity has shown how connectivity between neurons can change with experience. With practice, neural networks grow new connections, strengthen existing ones, and build insulation that speeds transmission of impulses. These neuroscientific discoveries have shown us that we can increase our neural growth by the actions we take, such as using good strategies, asking questions, practising, and following good nutrition and sleep habits.

This difference in mindset may lead to marked differences in behaviour as well. If someone believes intelligence and abilities are immutable traits, they are not likely to put in much effort to change their inherent intelligence and abilities. On the other hand, those who believe they can change these traits may be much more willing to put in extra time and effort to achieve more ambitious goals. With a growth mindset, individuals may achieve more than others because they are worrying less about seeming smart or talented and putting more of their energy into learning (Dweck, 2016).

While the benefits of cultivating a growth mindset are clearly desirable, the founder of the growth mindset theory is quick to point out that it’s not just about telling yourself (or others) that you can improve; Carol Dweck points out three common misconceptions she has encountered:

Example 1: Running late and missing the bus or carpool

You’ve certainly been here before: your alarm doesn’t go off (or maybe you hit snooze a few too many times) and you oversleep. You jump out of bed and race into your clothes, skipping any part of your morning ritual that isn’t completely necessary before racing outside to catch the bus. As you run to the street, you see the bus pulling away and you know you’re going to be late.

For someone with a fixed mindset, this scenario might just ruin their whole day. They may feel angry with themselves or look for someone or something else to blame.

On the other hand, someone with a growth mindset is more likely to think about the root cause of the mess they’re in and consider how to avoid it next time. They may conclude that they need to go to bed earlier tonight, or set their alarm a little bit louder. The point is, the person with a growth mindset will think about ways to fix the problem because they believe it is fixable.

Example 2: Poor feedback from the boss

Another scenario showcasing a growth mindset: you go in for an evaluation with your boss and you receive negative feedback. Your boss thinks you aren’t putting in enough effort, or you’re making too many mistakes, or that you’re simply not competent enough to handle your current project.

Someone with a fixed mindset may decide that their boss has no idea what she’s talking about and completely ignore the feedback. Alternatively, they might agree with their boss and think “I just can’t do anything right. I don’t have what it takes to be successful.”

A growth mindset response would be to seriously consider this feedback, evaluate it as objectively as possible, and seek out more information and/or another opinion to compare. If your boss has a point, you would come up with possible solutions to improve your performance and do your best to implement them.

The coaching process requires participation from both the coach and the coachee. It has to be a two-way process where both will take time in listening and responding. To be able to succeed as a coach, you have to be able to get your client’s active involvement in the process. Clients must be willing to look at themselves if they are to get any benefit from coaching.

In the coaching industry, there’s a term that we’re not a fan of the “uncoachable” client.

Here are some of the ways to answer “if your client uncoachable?”

Not Willing to Look At Themselves

Coachable clients must have a willingness to look at themselves if they are to get any benefit from coaching.

This may mean that a client must look at their own faults and for many people, this is a difficult thing to do.

An uncoachable client isn’t willing to look at themselves, their thoughts, their beliefs and their actions. Or, at least they aren’t willing to own it.

They Don’t Own Up To Their Stuff

As you can see it is very easy to draw a line between having a fixed mindset and at being uncoachable.

When Clients have a fixed mindset in some situation, they are most likely not be able to be, However

Another word It`s not a permanent state and can be changed. Coaching can create an awareness and a learning path where the mindset can be changed and as a result, the issue that a client experience can be resolved.

How to change a mindset from fixed to growth?

Researchers began to understand the link between mindsets and achievement. It turns out, if you believe your brain can grow, you behave differently. So the researchers asked, “Can we change mindsets? And if so, how?”

One reason why is we all have our own fixed-mindset triggers. When we face challenges, receive criticism, or fare poorly compared with others, we can easily fall into insecurity or defensiveness, a response that inhibits growth. Our work environments, too, can be full of fixed-mindset triggers. A company that plays the talent game makes it harder for people to practice growth-mindset thinking and behaviour, such as sharing information, collaborating, innovating, seeking feedback, or admitting errors.

To remain in a growth zone, we must identify and work with these triggers. Many managers and executives have benefited from learning to recognize when their fixed-mindset “persona” shows up and what it says to make them feel threatened or defensive. Most importantly, over time they have learned to talk back to it, persuading it to collaborate with them as they pursue challenging goals.

It’s hard work, but individuals and organizations can gain a lot by deepening their understanding of growth-mindset concepts and the processes for putting them into practice. It gives them a richer sense of who they are, what they stand for, and how they want to move forward.

This activity involves four steps that are not all that easy, but that can help you to develop the foundation for a lasting growth mindset.

Pay attention to the voice that pops up when you face a new or particularly daunting challenge. This is the voice of your fixed mindset, and it likely only has negative things to say about you and your abilities. It might say something like “You really think you can do it?” or “This is not one of your strengths, just give up and do something else!”

Once you’ve identified the voice, move on to the next step.

Step 2: Recognize that you have a choice.

After realizing that you have a fixed mindset voice and that it’s not necessarily your authentic voice, you will realize that you have a choice in whether to listen to this voice or not. It is up to you to decide how you want to interpret and respond to challenges, setbacks, criticism, and failure.

Tell yourself that you have a choice, and do your best to believe it!

Step 3: Talk back to it with your growth mindset voice.

When the fixed mindset voice comes nagging at you, start to talk back to it. Question it, throw doubt on its conclusions, and generally counter it wherever you can.

It may say, “Are you sure you can do it? Maybe you don’t have what it takes.”

You can respond, “I’m not sure I can do it now, but I think I can learn to do it with time and effort.”

If it says, “What if you fail—you’ll be a failure!”, respond with “Most successful people had failures along the way.”

When you hit an inevitable setback at some point, it might say, “This would be so much easier if you only had the talent.” If it does, respond with “That’s wrong. Even those with the greatest inherent talent need to work hard to succeed in their field.”

Continue listening to both voices and acting on the growth mindset voice as often as possible, and you will have an excellent foundation for the right mindset.

Questions that Activate a Growth Mindset

After you challenge the fixed mindset voice with the growth mindset, to determine the appropriate action, it helps if you ask the right question.

Here’s a list of questions to help you adopt an orientation toward growth (collected from various sections throughout the Mindset book):