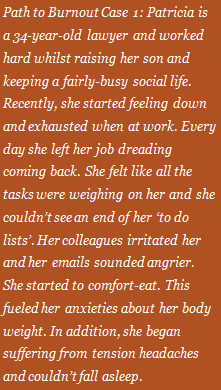 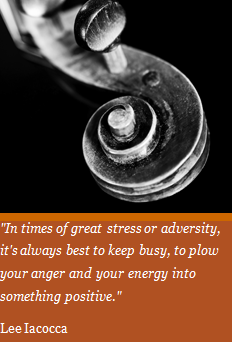 The scope of this paper is to cover the development of job related burnout through the stages of incremental stress and to identify the role of the coach in the healing process at each stage.

Stress is the body’s natural reaction when under pressure or threat. When we are under pressure, the body will try to protect itself through releasing chemicals to the brain, adding strength and energy.

However, in some circumstances when we feel overwhelmed the body can shut down. It can slow down our reactions, slow our thoughts and feelings and enhance emotions.

These are as below: 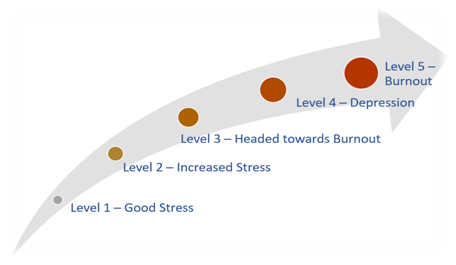 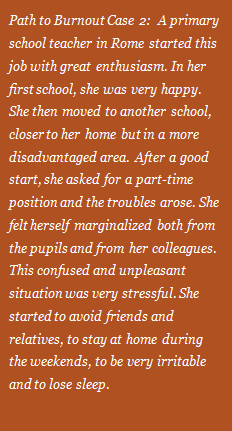 Not all stress is bad. A certain amount of stress is required to assist you in achieving challenging goals or dealing with challenging situations such as (in case of students) exam time.

In fact, stress at this level, can help you accomplish tasks more efficiently. It can even boost memory.

Researchers believe that some stress can help to fortify the immune system.

For instance, stress can improve how your heart works and protect your body from infection.

This is the range at which Stress is starting to take a toll on the subject.

The causes could be any of those listed below: 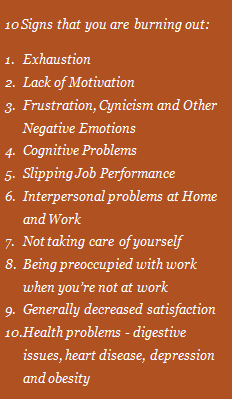 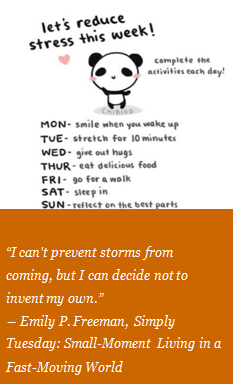 These levels are caused by repeated extreme stress.

Depression & burnout are diseases that are similar in many respects. Symptoms of both are:

Depression is more general – it affects several areas of life such as family, friends & hobbies.

Burnout is generally work related – but can eventually affect other areas in a subject’s life.

There is no easy way to differentiate between Depression and Burnout – they sometimes occur together.

Refer to Appendix A for the University of Maryland Medical Center article on Stress.

Triggers: Record the time and date of a Stress Episode, actions and Feelings and anything you did to make you feel better.

Habits – Smoking, Excessive Drinking and others.

In the Case of depression and Burnout, in addition to the above steps, the subject will have to be under the care of a physician.

Role of the Coach

The Life Coach plays a vital role in the stress management of a client. The first step is to understand the stress level that the client is at. This is done by:

The best way to envision the effect of acute stress is to imagine yourself in a primitive situation, such as being chased by a bear.

In response to seeing the bear, a part of the brain called the hypothalamic-pituitary-adrenal(HPA) system is activated.

At the same time, neurotransmitters signal the hippocampus (a nearby area in the brain) to store the emotionally loaded experience in long-term memory.

Research also finds that during times of stress, nerve cells in the brain interpret chemical signals incorrectly. Instead of switching “off,” these nerve cells perceive the signals as telling them to switch “on.” It’s as though the brain’s “brakes” fail in response to stress.