There are similarities between a coaching session (as a coach) and an interview (as an interviewer).

For starters, you want the person in front of you to feel comfortable with you, i.e., build trust.

Then what you hope to achieve is for the interviewer to tell you what is really beneath the surface in topics or issues being brought out. In coaching, you hope that this awareness (simply put, an “ah-ha” moment) consequently brings about a change, a decision, or an outcome the client is looking for.

In an interview session, this awareness of what is really beneath a topic that is being discussed can be very useful in discovering traits, learnings and thought processes of a candidate. You peel away the layers to learn more about the candidate. Probing around, exploring what is said and often enough, “unsaid,” says even more.

Often, the interviewer will think about how the questions are asked so that to give the interviewee the space to reflect and respond effectively. This is a level of preparation akin to how a Coach may prepare for a coaching session. Also, just as in a Coaching application, questions are best phrased as open-ended queries. It can be helpful to think about the first word: open-ended questions often begin with “what”.

In a Coaching context, the most important thing to keep in mind while composing (and delivering) coaching questions is that you need to be genuinely curious about the answers. People can tell if you’re just asking a question because it’s what you’re “supposed” to do. And you won’t be able to get to that one question and that moment of self-discovery if you’re just going through the motions rather than authentically interested in your client.

Once you are in the coaching session, you will need to respond to your client’s comments with further questions. Think of these questions as creating a bridge between what she has said and what else you want to learn. This intuitive process at the heart of the coaching relationship can’t be scripted. Your authentic curiosity in the client and the client’s development is invaluable in triggering your next question: it’s something that happens from the gut.

Similarly, in an Interview session, if an interviewer is genuinely interested in the interviewee, then the questions cannot be routine. If the curiosity is maintained, a rapport between the parties can be built in a relatively short time and allows for better exploration and understanding of the candidate.

Being authentically curious can take practice and rewiring: It takes 2 “P” s. Being Prepared before the session and being Present during the session.

A common interview method is the Competency-based interviewing approach also known as CBI.

Competency-based questions are designed to invite a response that tells the employer about a real-life challenge, an experience that the candidate has faced previously. There are various types of competencies you could be asked about, including technical skills, behaviours, and knowledge.

Some examples of such questions are:

STAR – An Interviewee’s Approach to CBI 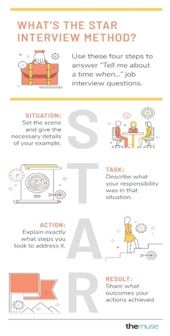 Almost all literature there is on preparing a candidate for a Competency-Based Interview focuses on using the STAR approach.

STAR stands for Situation, Task, Action, Result. STAR is an acronym for four key concepts. Each concept is a step the job candidate can utilize to answer a behavioural interview question. By employing all four steps, the job candidate thereby provides a comprehensive answer.

Briefly, a candidate answers the question by first setting the scene by providing the background of the situation. The next step will then be to describe the candidate’s responsibility or task in this situation. The third step involves a detailed explanation of the actions taken to achieve the task laid out. Lastly, the candidate wraps up by sharing the outcome of the actions taken.

Interviewer:       Describe a situation where you feel that you have handled a difficult challenge in the workplace appropriately.

Interviewee:      “During my last job as a key account sales executive, one of my clients was extremely upset about a late delivery that was caused by one of our vendors. When I knew about it, I proactively got in touch with the client to apologize for the problem. Subsequently, I got approval from my boss to give discounts that the client was demanding. This placated the client, and the issue was resolved.

Interviewer:       Describe a situation where you feel that you have handled a difficult challenge in the workplace appropriately.

Interviewee:      “During my last job as a key account sales executive, one of my clients was extremely upset about a late delivery that was caused by one of our vendors. When I knew about it, I proactively got in touch with the client to apologize for the problem. Subsequently, I got approval from my boss to give discounts that the client was demanding. This placated the client, and the issue was resolved.

Interviewer:       What do you think was causing the client to be upset at that time?

Interviewee:      I think what causes the client to be upset was that no one from the company told her about the delay earlier which she could have mitigated her losses if she knew it earlier.

Interviewer:       With that in mind, what are you trying to resolve when you get in touch with the client?

Interviewee:      Firstly, to show that the company cares about the client and to express our apologies. Subsequently, to find ways to mitigate the delay. Lastly, put in measures to ensure that this will not repeat in future.

Interviewer:       What do you think are the options that were available to you?

Interviewee:      Whilst I could have offered discounts, I think taking responsibility for the delay at the start is a good way to start. Whether that is in the form of discounts or an apology. Subsequently, I would have offered mitigating actions to reduce the delays, such as getting alternative sources. Finally, I will also propose to the management to put in place the last mile tracking procedure that allows us to track timely deliveries.

In the above application, you can see that whilst it takes more time with the follow-up questions, the answers portray the candidates’ thought process which unveils a lot more than the standard CBI line of questioning does. The follow-up questions help the candidate explore retrospectively the challenge that was being faced, the desired outcome, the options available and the decisions he/she takes. Through the answers, the interviewer will have a more intimate and non-scripted view of the candidate’s responses.

First and foremost, it is important to acknowledge that CBI interviewing approach is a fundamentally strong and legitimate approach to most interview sessions. It provides a structured and simple-to-understand and-to-follow approach to interviews. This applies to both interviewers and candidates alike.

However, as the paper has outlined, such an approach will also have its drawbacks. Amongst which includes the inability to sieved out high potential talents who may not yet have the experience to match. CBI also tends to bring out scripted monotonously prepared answers.

However, by smartly adapting the backbone of a coaching session and introducing the core facets of coaching questions of (1)Genuine curiosity, (2) exploring the situation, (3) understanding the lens of the candidate, and (4) figuring out options available, the interviewer can now peel back the onions and have a more complex view of the candidate thoughts, emotions and actions in a particular scenario.

This paper attempts at introducing coaching questions together with a competency-based interviewing approach in an interview session. Putting both together with a genuine interest and curiosity to learn more about the candidate, the interviewer will be able to have a higher success rate in finding candidates who go more than ticking the checklist of competencies matching the job profile.