The beginning of any transformation or change is the increase of perception. As you see more you can materialize more. And once you know better you can achieve bigger. The great men and women of the world, the ones responsible for the magical symphonies, the beautiful movements, the advancement of science, and the progress of technology, started by reengineering their thinking and reinventing their awareness. In doing so, they have entered a secret universe that the majority could not perceive. All of that has allowed them to make the daily choices few choose to make. This automatically delivers the daily results few get to experience.

Understanding Superficial vs. Granular in Business and Everyday Life

Let us start by exploring what the worlds of Superficial and Granular mean in the context of business and everyday life.

Superficial; If you describe someone as superficial, you disapprove of them because they do not think deeply and have little understanding of anything serious or important. If you are judging a book by its cover, you’re being superficial. People who worry too much about their clothes and hair may also be considered superficial. The word superficial has to do with appearances and the surface. If you describe something such as an action, feeling, or relationship as superficial, you mean that it includes only the simplest and most obvious aspects of it, and not the aspects which require more effort to deal with or understand. 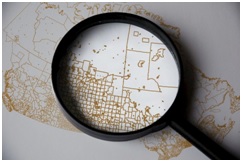 There is a belief that many successful men and women, heroes, titans, and icons all have a personal trait that average performers usually don’t. And that is depth. Members of the majority usually get stuck in a mindset of superficiality in their work. Their entire approach is light, with no real preparation and very little contemplation.

It is believed that 95% of the performers do not invest painstaking attention into the tiniest of details and fail to refine the smallest of finishes like the great heroes and masters do. For most people, the truth is that it’s all about the path of least resistance. Getting what they need to get done fast and just sneaking by. This is where their superficial approach to general things and business applications comes into the picture. Whereas the minority of exceptional creative achievers operate under a completely different philosophy. They apply the mentality of Granularity instead of the Superficiality, bringing it on instead of mailing it.

Coming up with the granular approach means that individuals have encoded depth as lifetime value which exists under a profound instance of greatness in all that they do. They fully understand that their creative output – no matter if they are bricklayers or bakers, CEOs or dairy farmers, astronauts, or cashiers, represents their reputation and their commitment and work for one cause.

All of this is far more than the social approval, the grade of work that we offer to the world reflects the strength of respect that you have for yourself. If we strive for becoming a leader in our field, we need to become performers and people of depth. Think about what the master sculptor Giani Lorenzo Bernini did as he crafted Fontana Dei Quattro Fiumi his masterpiece that sits gloriously in the center of Piazza Navona in Rome. Such producers craft near-flawless outcomes and they just really, really care.

And whenever you think that you have so many things on your plate, that your inbox is full of other things that are getting in the way for you, remember the following; Less is more. Individuals of high performance understand that it’s smarter to produce one masterpiece rather than thousands of ordinary pieces. 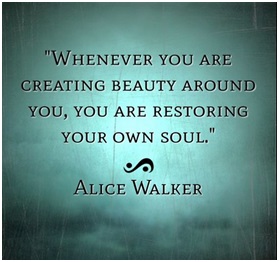 The majority of people in today’s world are trapped in superficiality. A superficial understanding of their power to rise, superficial intimacy with the possibilities of their potential. Superficial knowledge of the neurobiology of mastery and high productivity, the daily routines of the world builders, and the very ambitions they wish to prioritize the remainder of their lives around. The majority is stuck in vague, imprecise thinking and the same thinking yields vague and imprecise results. A quick reality check would be if we ask an average person for direction. Most of the time, you’ll discover that their directions are unclear. On the opposite, the individuals with a granular approach and mindset are vastly different. They get that amateur level of awareness will never lead to the highest grade of professional results.

Another example is the F1 racing team and their dedication to the smallest detail, their attention to the smallest of particulars, their dedication to the demonstration of extreme excellence, and their willingness to do whatever it takes to make things great was not only validating but tremendously inspiring. Again, for the ordinary person, the suggestion of the need for obsessive attention to the most minor of details and the importance of the ridiculously rigorous approach in their professional and private life seems odd. Not for the F1 team. Their flawless calibration of the race car, their superhuman speed in executing pit stops, and even the way they clean the pit area with an industrial vacuum cleaner after the car roared away so there wasn’t even a hint of dirt anywhere it is just fantastic. The top 5% of humanity go granular versus applying a superficial mindset to their daily attitudes, behaviors, and activities.

Asking the F1 team why they are doing this, they would respond that if even a molecule of sediment gets into the racing car engine it could cost them the win.

With our ability to impact and influence leaders or any professionals, they need to be introduced with the concept of granularity – as with the F1 team, looking to the smallest of detail. If we can remember from the above paragraph, we mentioned somewhere that less is more. Coming from a business background and having a chance to coach and work with many professionals ranging from different levels of the organization, even recalling on my days as a corporate executive, we tend to be stretched all over the place and with that to have more Superficial approach to events happening in the organization. Coming from that perspective and such experience, introducing the concept of Granularity and eventually shifting the perspective of individuals with this tool, we hope to achieve higher performers with a focus on detail and with that to create a more productive environment.

This approach has its implication and ‘Side effects’ as high achievers or people of granularity and rigor might sometimes portray themselves as difficult, different, rigid, and unbalanced. Such people tend to be perfectionists and fanatics of the game of granularity – this is the dark side of being rigor and detail-oriented. The very things that make you amazing at your craft can devastate your private life or even have a negative impact somewhere else. Reference material for this publication/article was taken from Robin Sharma’s book.