It was day one of a three-day selling skills workshop. Like most training sessions, participants took turns introducing themselves and stating what they wanted to learn most by the program’s conclusion.  Suddenly, the whole room was jolted by the loud bang of huge hands slamming down on the table. The six-foot-four perpetrator slowly rose to his feet, scowling as he proclaimed, “I’ve been selling longer than you’ve been alive. There ain’t one thing you can teach me about selling I don’t already know!” The room fell silent and all eyes shifted with anticipation to see what the facilitator’s response would be. 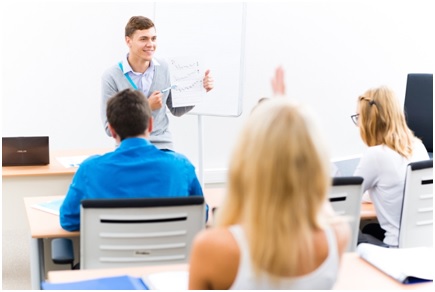 During the morning break, the facilitator learned that the objecting participant was the sole survivor of a recent house cleaning and mass hiring of a team of much younger salespeople.

It’s very likely the recent events caused him to:

On the surface, the salesman was disruptive and didn’t want to be there because there was nothing left for him to learn. He knew it all.  However, the underlying issue was that he was comparing himself to the others in the room. It was a case of Them vs. Me.

In 1954, Social PsychologistLeon Festingerput forth the Social ComparisonTheory explaining that we assess our abilities by comparing ourselves to others. After decades of further research, we know this to have both motivating and de-motivating implications. According to Huffington Post Contributor Daniela Tempesta, LCSW, “If comparing is how you evaluate your worth, you will always be losing. In this game of life, you will never reach a point where you are better than others in every way and why would you want to be?”

Law of Attraction expert and writer Katherine Hurst provides examples of common comparison themes. According to Katherine, we look at their strengths and focus on our weaknesses, or we focus on their achievements and our lack of achievements:

“You can end up resenting a lot of people, some you may not even know too well. This is because you may become jealous of what they have and start to dislike them, which is not entirely fair. When you are comparing yourself, you may be better than some people and worse than others.” In today’s highly comparative social media-driven world, more and more of our thoughts center around comparing ourselves to others.

Comparing ourselves to others is something that we tend to do. As coaches, we have an opportunity to use our listening skills and ability to create awareness to guide our clients in the exploration of their comparative behavior and uniqueness.

What to listen For

Clients who are comparing themselves to others in a way that diminishes their self-esteem might make comments such as:

These are the tell-tale signs that potentially harmful comparisons are being made.

Here is a list of questions to explore “the need behind the need”: 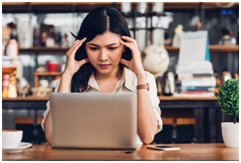 Master Coach Marion Franklin in her book, The Heart of Laser-Focused Coaching, says, “the bottom layers of almost all of our client’s challenges is a degree of diminished self-worth.” When we sense that our clients are lowering their self-esteem in response to what they see others doing, the shift we have the opportunity to help them make, they have 100% control over, is to compare themselves to themselves. Some questions you might ask are:

The Rest of the Story

What was the facilitator’s reply? The facilitator said, “There is no denying that you’ve been selling for many years. I just have to ask, “Do you close every sale you go after?” The salesman thought for a minute and said, “No, I don’t.” “Well, said the facilitator, I wonder then if there just isn’t one more thing left to learn?” The salesman smiled, nodded, and sat down. Comparing ourselves to others can foster inadequacy and self-doubt, which can be masked by other behaviors. The facilitator met one-on-one during the lunch hour with the salesman and asked him what his thoughts were about sharing examples of how the skills taught had helped him with his selling approach. He enthusiastically agreed and his new sales colleagues learned a lot from the stories he shared.

1.Tempesta, Daniela, “Why You Should Stop Comparing Yourself to Others.” Huffington Post, Dec. 13, 2014.

Sankar, Carol, “3 Ways to Stop Comparing Yourself to Others at Work.” (Blog Post), https://www.inc.com/carol-sankar/3-ways-to-stop-comparing-yourself-to-others-at-work.html.

Hurst, Katherine, “How to Stop Comparing Yourself to Others and Be More Confident.”(Article) https://www.thelawofattraction.com/stop-comparing-yourself/.

“The Danger of Comparing Yourself to Others.” (Blog Post) Farnam Street https://fs.blog/2019/06/comparing-yourself-others/.