In working with your clients, how many of you have found that some of your clients made little progress, stalled, being in a “start & stop” mode or procrastinated on taking the very action they declared?

They have at best, “started” to work on their challenges, but not garner enough momentum or applied consistent actions for real breakthrough changes to occur to realize the results they want. This can lead to feelings of disappointment, frustration, anger, and even feeling like a failure, which only further dis-empowers them.

What then is the next step? How can we hold the space and help the client get unstuck, and build the momentum for change to take place?

Nobody can go back and start a new beginning, but anyone can start today and make a new ending. ~ Maria Robinson 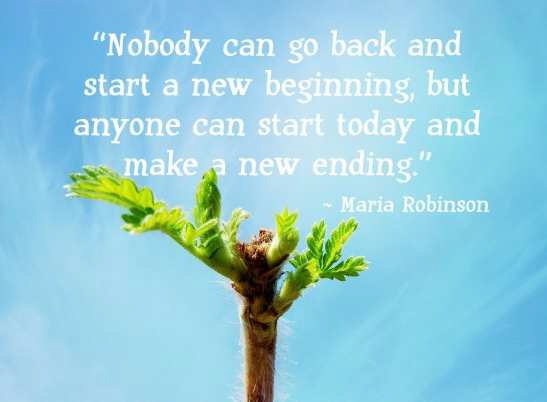 This statement resonated with me as it suggests that we can get “unstuck” by picking ourselves up and moving on, and not feel like a victim of the environment, situations, circumstances, or of our own inaction.

The thing to note is this. The fact that the clients declared their actions, just means that they have stated their intention to make the change. What escaped our notice is, there is a gap between intention and action or behavior that needs to be bridged.

We see results when intentions are acted on. When we don’t see the results, what does it say about their intentions? … is one thought that comes to mind. Was it really important to them? Did they really want it? If not, then don’t spend time on it.

Another thought would be, what were they paying attention to? Because what we pay attention to, gets done. Attention is the “bridge” to action/behavior. Hence when we don’t see the desired results, it could be they were not paying enough attention to their intention, allowing habits to dictate instead.

This is where the power tool, Intention vs Attention, comes in. When your client is feeling stuck, dis-empowered, not making the desired progress, ask, “Your intention is to ……. What are you paying attention to?”

Help them become aware of where and what they are really focusing on. Could it be due to some underlying beliefs holding them back? If this is so, hold the space and deepen the coaching conversation around beliefs, values, thought patterns, systemic issues, etc, to help them uncover the obstacles, and activate the mind-body power centers to move forward.

Another possibility could be, they are lacking in personal accountability, knowledge or support. Explore what would help to increase accountability; suggest practices, hacks and tools that they may consider applying; ask what support they need, who can provide the support and when should the support be given.

Here are some things to know about “Intention” and “Attention”

The definition of intention: an act or instance of determination mentally upon some action or result. Purpose or attitude toward the effect of one’s actions or conduct.

When we state our intention to act on something, it gives us a sense of relief and exuberance. We feel hopeful and optimistic that we will accomplish our desired outcome. We see ourselves reaching where we want to be.

When expressed in an equation, it is ….

The operative word here is, “potential”. The expressed desired action or behavior is capable of being, but not yet realized or in existence. It is latent. Possibility that it might happen or result from given conditions.

But nothing happens till something moves. And things will only move when attention and focus is placed on achieving it.

The act of dealing with something. It is like a spotlight that focuses our awareness on a subset of what’s going on in our head or in our environment.

According to psychologist and philosopher William James, attention “is the taking possession of the mind, in clear and vivid form, of one out of what may seem several simultaneously possible objects or trains of thoughts. It implies withdrawal from some things in order to deal effectively with others.” It is centering our focus on a particular thing.

But attention is not just about centering our focus on a particular thing; it also involves ignoring a great deal more competing stimuli, interests, activities, etc, which are distracting us from acting on our intentions.

When we do not on act on our intentions, we have unconsciously given our attention to the distractions.

Herein lies the key. Conscious awareness of where we are putting our attention and being selective in what we attend to will bridge our intention to action.

When our client is not making consistent progress or feels stuck in spite of having a clear intention, we need to support them to identify where they are putting their attention and co-create the pathway to re-direct their focus to where it matters.


Help them appreciate the following aspects about Intention and Attention:

T is a learning consultant who is close to retirement. His dream is to start his own coaching, training and consultancy practice when he retires in a year’s time. He wants to have a smooth transition from being an employee to being self-employed, and so started working on his plan to set up his business. The thinking is, he would be able to run with his business immediately upon retirement.

T listed several items that he needs to focus on in order to start his business. Such as choosing a name for his business, registering it and clarifying his offerings and types of services.

Of the 3 items in his business plan, he decided to focus his act on clarifying his offerings and types of services. The intention was made. To be achieved in a month’s time.

Over the weeks T found himself immersed in work. He had a heavy schedule which required traveling, and sometimes over the weekend. He was exhausted from work and felt too tired to work on his business plan. As a result, the deadline for his business plan slipped. It continued to slip as T gave in to the demands of work.

T has clear intentions to outline his business plan within a certain time-frame. But he was not making any progress. There is a gap between his intention and action and he feels dis-empowered by his circumstances and demands of work. He was not even aware that he had placed a higher priority on his work over his business plan till it was pointed out to him where he has place his attention.

With that realization, T now has some options that he can explore.


In exploring the appropriate options, T is able to deepen his awareness, re-frame his perspectives, become more empowered.

Things that seemed impossible now can be possible.