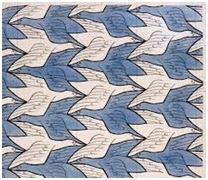 Based on Don Miguel Ruiz; “The Four Agreements”

So let me first start to by giving you a definition of what assumptions are:

I would like to invite you to think back of today, and recall if you made an assumption about someone today? For example, did you just assume an answer, or did you ask the person what he or she really thought or wanted?

Every day we -as human beings- make assumptions. We do it all the time. They can be about anything or anyone. Some more important than others. Some more damaging than others. And things, very often, are not at all what they seem.

The issue is that we believe we know what is going on in someone’s mind. We assume we know why people have made certain decisions or acting the way they are. We do not really know, but we can guess based on our experiences, imaginations, values and beliefs! Especially from the people close to us, partners, family and friends. We do not base this decision on observable evidence or factual knowledge; we just make the decision and believe it, as if it were a fact. The problem is that assumptions often create disappointment, worry, stress, obstacles, and mostly misunderstanding.

A simple example: Pete is walking down the street. In the distance he sees his friend Tom, who gives him a quick look. Tom then stares back to the ground, turns around, and walks the other way. Pete will probably make one of the following assumptions:

Pete will keep this assumption in the back of his mind, and believes the assumption he has made.

Another example: my husband and I have been together for 15 years. I often make the assumption that he knows what I think and that I do not have to say what I want. I assume he knows me so well, so I do not have to tell him. It can be with simple things like what I want to drink. He assumes I want a diet coke, when at that moment I really wanted a coffee.

For the two people involved, this can be a frustrating event. He wants to be nice and assumes he knows what I want. On my side, I am frustrated that he did not take the time to ask.

It is outright impossible for someone to be capable of thinking like another person. We all have had our individual set of experiences, imaginations, values and beliefs. Human beings are all unique and behave and think in their own way.

How often has your client made a wrong assumption in his life and had to suffer the consequences?

During our studies to become coaches, we learn to appreciate the importance of questioning and listening. Only by asking simple single open ended questions, we can learn what the client is trying to tell us. So in practice ask and challenge:

Ask your client if the things he is saying is an assumption or “the truth”?

Challenge the client to try and find out “the truth”, if the assumption made was really what he/she thought it was. It is important to challenge the truth, as everyone’s truth is different.

For example, the sky is blue. No question about that. However, my blue is different from your blue. Maybe even very different. Neither is right or wrong. You blue is just as blue to you, as my blue is to me. In other words, we all have our own truth.

Asking powerful questions is what coaching is all about. As coach, you want to find out “the clients truth”, and not make assumptions. Otherwise the coaching session will completely loose its power, having those assumptions in place.