Charles is a well-educated and successful business man. He has several degrees and has worked in management roles for over 50 years. When Charles was four years old, his mother died. While growing up, his step-mother and father were verbally and physically abusive. Charles had a learning disability and was treated badly by several teachers as well. The teacher would make him sit in a corner with a “dunce” hat on when he did not have a correct answer and would slap his hand with a wooden ruler if he dared to write with his left hand – she believed all students should be right-handed. 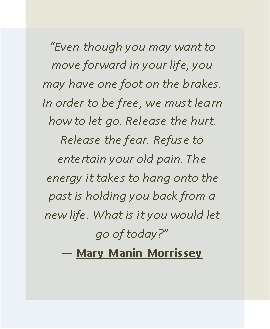 Because of the emotional and physical abuse, Charles stuttered badly which only brought more criticism at school and from family members. He had anger issues which also caused him problems. Charles left home at the age of sixteen but not without the emotional scars due to his upbringing. Charles managed to eliminate his stuttering problem and learned how to control his outbursts of anger despite the hardships he endured growing up. He had the courage to observe his own behavior and make the necessary changes in himself he felt he needed to be successful in life. Consequently, he became a very successful businessman and a respected authority in the field of aviation.

At the age of 79, Charles was retired but he felt he needed to do something purposeful in his life; however, he only felt comfortable working in the same field he worked in when he was in his prime. He wanted to contribute to society yet he felt that his age would also be a barrier in the minds of some people. Charles felt stuck and did not know what direction to take. He was becoming prone to bouts of depression. A friend suggested that he contact a Life Coach. He gave Charles the name of a coach his wife has used in the past.

Charles followed through on contacting the Life Coach.  During the sessions, he discovered that he was holding himself back from change and trying something new. He had difficulty finding interest in anything that was not connected to his past work.

As the coaching sessions progressed, Charles became more in touch with his inner feelings and thoughts. Even though his father and step-mother had long ago passed away, Charles realized that he still felt judgment from them. In his mind, if he tried something new and made a mistake, he would prove that his father and step-mother were right – that he was “worthless and stupid.” This belief he held true was the core of his inability to move forward.

The coach asked questions that allowed Charles to examine this belief at a deeper level. By having the courage to examine his thoughts, Charles confronted his old mindset and made a commitment to rid himself of beliefs that caused him pain. He no longer wanted to live with the echo of the past in his mind and heart. Charles acknowledged that he was an accomplished and valuable human being and that these memories from the past had no place in his life.

Once Charles made this decision, he noticed that he no longer became frustrated and depressed when he made a mistake. He felt peace and happiness he had not felt for years. Charles plans to move to a new state in the next few years and is looking forward to embracing new opportunities. He said that he was amazed how coaching helped him to see and eliminate the inner beliefs that blocked and tormented him for so many years.

All of us experience times when we resist change. The key to embracing change and shifting perspectives is to become self-aware and to pay attention to our thoughts and emotions. The feeling of fear is a red flag that our thoughts and beliefs are in conflict with our true selves. Conversely, when you feel excitement about something, you are in direct harmony with the real you. The next time you feel fearful, try the following exercise.  Ask yourself some questions to delve deeper into what is behind the emotion. Once you identify your thought patterns, you then have the opportunity to shift and change to a perspective that will better serve you.

Belief has a strong influence on the ability to embrace change. In the case study above, Charles was willing to correct his stuttering and temper in his early life because he believed he would become more successful without these traits. Behavior modification was easy for him because his beliefs motivated him and supported the change.

Later in his life, however, changing his behavior by trying something new was difficult for him. He believed that if he made a mistake he would be branded as a failure which would only confirm that he was “worthless and stupid.” In this case, he avoided change and came up with excuses as a form of self protection. His mindset kept him trapped; a prisoner of his own beliefs. Charles saw only risk and did not focus on the potential benefits of change.

You can, however, create extraordinary change in your life by changing your thoughts, words, and actions. When you are faced with change, consider the positive that could come from the transition. You can pre-program yourself to welcome change by spending some time each day visualizing what you want the change to look like. See yourself flourishing and successful in your mind’s eye. Believe that what you see will happen and feel the positive emotions associated with the experience. Be bold, be courageous – ask yourself, “What’s next?” It is the belief and expectation that attracts more of what you want to experience into your life (Mendoza, 2014).

Setting the Stage for Clients to Embrace Change: 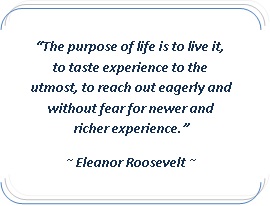