A mind is like a parachute. It doesn’t work if it is not open.― Frank Zappa 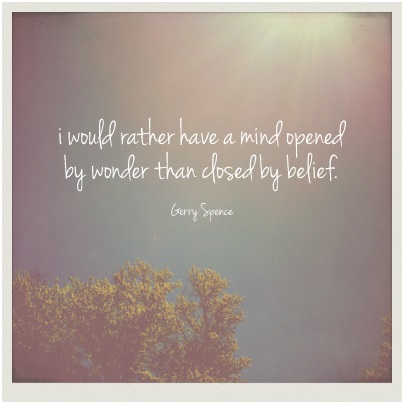 Each and every individual takes in information and processes it with pre-set concepts and learned patterns. Some of it is the influences of those you love and or respect having heard them express their opinion on any given subject. This opinion become implanted in a child’s mind and become a set answer to some questions.

Some opinion are isolated and the other view is also instill they may intertwine in places to make opinion based on that intertwining. All these early opinions and processes can be carried into adulthood. With the passage of time and the impact of a given issue these opinions and stances may change and drive the individual to change their opinion sometime to one that is geometrically opposite of their long held stances. People who can do this are characterised by being open minded.

Open mindedness is when even if you think you are right, you know that you can be wrong and are always willing to listen to and hear an opposing or contradictory view.

An ability to not dismiss an idea with sneering contempt, simply because it does not fit within your preconceived notions.

Rather than preaching an intolerant ideal of “tolerance” you should strive to be more open minded.

The author of the post, Danielle DiPirro, (“Dani”) completed a book in 2012, Stay Positive: Daily Reminders from Positively Present, and has received some impressive press as of late. I was most impressed, however, by her reasons for stressing the ability to keep an open mind.

In short, Dani lists the top 7 benefits of having an open mind:

For some, being open-minded is as easy as breathing. For most others, it’s a challenge–something they have to think about constantly and make a continual effort to keep and obtain. The majority of people struggle with this concept. But making the effort to think openly and embrace new ideas—if you approach it truly–will produce untold benefits for your business and career (your personal life as well) in the seasons to come.