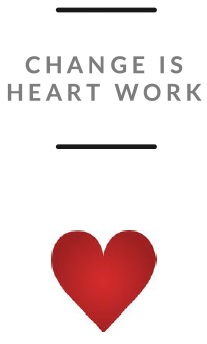 If not you, then who? If not now, then when? – Hillel the Elder

In today’s VUCA (vulnerable, uncertain, complex, ambiguous) world, it is natural to feel overwhelmed, and in a state of powerlessness. This feeling of powerlessness can impair your ability to move forward into action. The longer your inaction, the more powerless you become. The purpose of this power tool is to explore what’s truly getting in the way of moving from a state of being powerless to that of acting powerful. To be powerful is freeing, courageous, and confident. Further, we will define how to overcome powerlessness to gain powerfulness that is effective for you to move forward and act.

Before we porpoise deeply into powerlessness, let us examine what is meant by power. Power is defined as 1) the ability to act or produce an effect, 2) possession of control, authority, or influence over others, one having such power, and 3) physical might, mental or moral efficacy, political control, or influence. 1 Viktor Frankl was a Jewish psychiatrist who spent three years during World War II living under unspeakable circumstances in several of the most notorious Nazi concentration camps. In his world-renowned 1946 book, “Man’s Search for Meaning,” he wrote, “A human being is a deciding being. Between stimulus and response, there is a space. In that space is our power to choose our response. In our response lies our growth and our freedom.” 2 Thus, how you perceive power is your perception relative to an underlying belief that means something different to each of us.

The act of feeling powerless is defined as both devoid of strength or resources, and lacking the authority or capacity to act. 3 In the purest sense, powerlessness is the sense of feeling or having “less power.” Often when someone is powerless, either indecision is at play or there is a misperception of power based on an underlying belief. The source of the indecision or perception of power may be a lack of confidence, courage to act, or judgment. What occurs often is we tend to overthink a situation in our head and capitulate upon it until it becomes our reality.

Powerlessness can often impair your ability to move forward and remain in a fixed mindset, coined by Dr. Carol Dweck in her best-selling book, “Mindset: The New Psychology of Success.” 4 In her book, she posits that an individual with a fixed mindset comes with a predetermined, deep-seated, unchanging way of looking at situations in ones’ life. As described in the Farnum Street blog, “Dweck’s work shows the power of our most basic beliefs. Whether conscious or subconscious, they strongly ‘affect what we want and whether we succeed in getting it.’ Much of what we think we understand of our personality comes from our ‘mindset.’ This both propels us and prevents us from fulfilling our potential.” 5

Therefore, powerlessness comes from having a fixed mindset and shows up in many aspects of our lives. This then becomes a perception of what we believe and know to be true. As a case study, let us explore Tanya who aspires to earn her Ph.D. in industrial engineering. She has completed her requirements and deliverables and is in a position to defend her thesis before a committee she selected. After multiple attempts of reaching out to her committee chair to schedule a time to review her work, she fell into a state of powerlessness. The source of this stemmed from a belief that she had no control or power over the situation. When we dove deeper into this belief, what she uncovered about herself was that she held herself back by overthinking the situation and making assumptions she believed to be true: no one wants to meet with me, they do not have time for me, they are ignoring my emails, they do not believe my work is valuable to them.

Using Byron Katie’s approach, I asked, “What is true about this situation?” 6 What occurred was a realization that the control was within her reach. Tanya arrived at self-discovery that all she needed to do was simply take the reigns of scheduling the meeting with her committee chair and subsequently the committee itself. By exploring what is true and exposing what you know versus what you think you know creates power. Thus, you move from a state of powerlessness to powerfulness.

To be clear, being powerful is not to be all-knowing, self-serving, and righteous. The definition of power is simply having great power or strength. 7 Powerful is a state of being. It brings one a sense of self-worth, self-confidence, and clarity to act, think, or decide. Above all, it gives back your own self-control so that you can move forward and not be stuck in the past. Being powerful can be liberating which brings new possibilities.

What got you here won’t get you there. – Marshall Goldsmith

What does it take to move from a state of powerlessness to that of powerfulness? In my coaching practice, my philosophy is to serve the client in a way that creates a powerful connection. Putting others’ needs before your own defines heart-led leaders. By creating a powerful connection and partnering intimately with the client, I serve them to unleash their limitless potential. In doing so, awareness is created through active listening to them and not their story. I listen for certain words and phrases as “I think, I should have, I could have, Everyone believes or thinks, I can’t, They always.” What these words and phrases indicate is a state of being stuck in a rut and fixed mindset; in other words, feeling powerless and a sense of feeling vulnerable.

In her recent book, “Daring Greatly,” Brené Brown describes vulnerability as “uncertainty, risk, and emotional exposure.” It’s that unstable feeling we get when we step out of our comfort zone or do something that forces us to loosen control. 8 By exploring further and asking, “What is true about that?” the client uncovers self-awareness around something that is getting in their way and what is truly making them feel vulnerable. Likely, it is a situation they believe to be true as their reality and think they know when in fact it is not true or simply their perception to be true.

A follow-up question as, “What do you know versus what do you think you know?” further reveals they have more control over the situation than originally perceived and that a feeling of uncertainty was getting in their way of acting and doing. It is through this revelation the client realizes that when they take their control back, their sense of powerlessness diminishes and moves into power. And, while there may be discomfort in the actions the client takes forward due to a sense of vulnerability and feeling exposed, the client finds themselves taking a small step toward creating a clear plan to move into action. A relevant quote from James Clear’s book, Atomic Habits, is “Decide the type of person you want to be. Prove it to yourself with small wins.” 9 So, prove to yourself with a small win that you can move from being powerless to powerful.