As a resilience coach, I deal with clients who have been struggling with some positive-energy-burning issue, be it a setback, a major change in their lives, etc.

It is quite normal that they start thinking of themselves as victims of their struggles and have in their minds “XYZ is happening to me” which is a rather disempowering mindset to have.

This power tool is about flipping the “XYZ is happening to me” (to me) into “I’m making it happen/I’m being of contribution” (by me), and it relies on “Taking Radical Responsibility”i.e., the first one of “The 15 commitments of conscious leadership” (JIM DETHMER, 2014).

In line with my philosophy of increasing resilience and using it for future successes, “To me vs By me” goes beyond enabling the client to simply carry on through difficult time that happens “To me”, and empowers them to be leaders and successful contributors of the society overall “By me”. 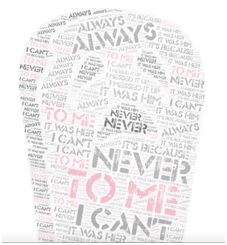 The “To me” mindset is the epitome of negative reinforcement and it entails some if not all of these elements:

It is a vicious circle reinforced by a negative confirmation bias, which is defined by (Casad, 2016) as the tendency to process information by looking for, or interpreting, information that is consistent with one’s existing beliefs. This biased approach to decision-making is largely unintentional and often results in ignoring inconsistent information. Existing beliefs can include one’s expectations in a given situation and predictions about a particular outcome.

“See it went wrong again because of XYZ always/never does/happens?”, “I never get it right/I always get it wrong” are the common thoughts, shutting down any opportunity to see the successes that have been the actual outcomes. 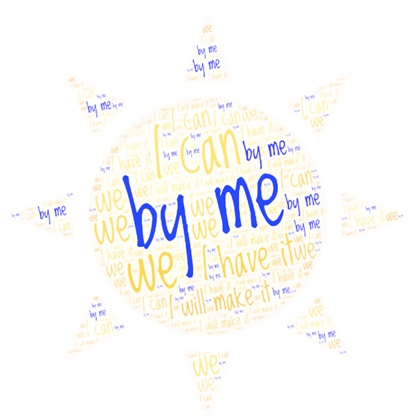 On the other side, there’s“By me”, which is a radical, extremely brave mindset.

The “By me” mindset, looks like: “I have already done it before, I can do it again”, “I have done something similar in the past, I have what it takes to do this and more”.

This commitment is not the normal reaction to hardship, rather it is bold and transforms the client into a leader who first saves the self and even goes to the extent of enabling others.

Let me start with a note of caution: “To me vs By me” requires a major shift in the mindset of the client so it has to be used carefully with clients who might be a bit weaker either temporarily or by character, as it might back-fire, yet it is so powerful that it can create outstanding outcomes thus can be not developed and used whenever appropriate.

Its use is the most indicated for mid to senior managers since it enables them, not only to go through their own struggles but also allows them to empower their teams which might have been strained by their own boss’ blaming and downbeat mood.

This Power tool is designed to work in parallel, and potential iteratively, with the coaching model (Nannicini, Model: Coaching for resilience, 2021), normally after its first step when the client starts to be aware of their stories about the struggle they are facing. It could also be used beforehand if the coach assesses the client to be strong enough for it, as a tool to immediately shift the mindset to a more productive one: by realizing how they can positively use their experience, the clients can shift earlier to a learning mindset required by the second step of the model where this power tool can be used again to deepen the learning and so on.

Possible questions to be asked are: