If you want to build a ship, don’t drum up people to collect wood and don’t assign them tasks and work, but rather teach them to long for the endless immensity of the sea. Antoine de Saint-Exupery We’ve probably all read or heard statements like these:

In other words, everything we accomplish starts in our imagination. Faith is “the evidence of things not seen” –It is the assurance on the inside of you of what is not yet visible on the outside of you. Helen Keller lost her sense of hearing and eyesight as a young child and overcame this huge disadvantage to become an outstanding leader, author, and public speaker in adulthood. She was once asked by a group of journalists what was the greatest tragedy in life. Her reply was profound: “The greatest tragedy in life is not to lack sight, but to have sight and yet lack vision.” Vision is the sense and seat of the Imagination. It is the ability, as John Sculley, ex-CEO of Apple, said it, to “see possibilities not yet obvious to others.” It is the picture we carry of our preferred future, or dreams we have when we’re awake. 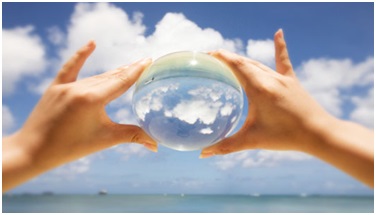 We as adult humans have generally done two things with our imagination:

Knowing the powers at work 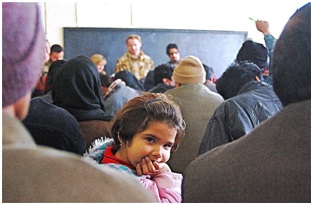 Coaching a sense of wonder

One of my favouriteJesus-sayings is one that goes “Unless you become like a little child, you will not be able to see the Kingdom from heaven. Children are the heroes of my Kingdom.” (Own paraphrase). Children have several traits that made them Jesus’s, heroes of the faith, namely: Trust, Love, and Imagination. They cannot only see the invisible but to marvel at it. They have a sense of wonder at things of beauty and goodness, have an insatiable curiosity at things they’re seeing or hearing for the first time, and never take them for granted. 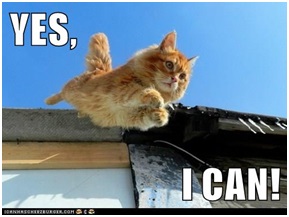 Our role as coaches is to gently draw our clients back to that place, where they not only discover hidden treasure but marvel at it. Where they not only have “AHA!” moments but savor those moments. Where they dream and desire, imagine and say “YES!” to those things, accomplishments, and experiences that peek out of their austere “grown-up” closets where dreams have been held captive. Coaches are there to draw out the use of imagination, and to facilitate the learning of a new language (“I can, I will, I’m able”) that will unleash possibility, motivate positive action and see growth and change as a result.

Finding the key to the ignition

As a coach, I invite my clients to spend time re-igniting their “dream machine”. This involves spending an uninterrupted 30 to 45 minutes sitting in a relaxed environment, with their favorite beverage at hand, favorite music playing in the room, or on their earphones, and a clean sheet of paper (real or virtual). They then commit to spending time in two activities:

1.) A “Dreams List”: At the top of the page, write the heading: “EVERYTHING I’VE EVER WANTED TO DO, BECOME OR HAVE”. 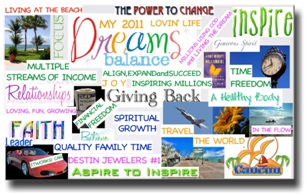 These activities are the precursors to effective goal setting. They are the keys to the ignition. Without dreams, we will have no goals. And without goals, even the most competent actions become random, vacant, meaningless, and even futile. When the dream includes my essential role as a player in that game of life, the world I imagine becomes my world of possibility.

Imagination is the beginning of creation. You imagine what you desire, you will what you imagine and at last you create what you will. George Bernard Shaw

Without the exercise of imagination, confidence, hope, and therefore, the possibility of growth and change, cannot be triggered. Without imagination, we are locked into the past and the present, and the future is invisible and therefore impotent. We will do what we’ve always done, we will do live on a “repeat” cycle, we will fly the aircraft only in a holding pattern, we will always be what we’ve always been.

Gordon, a coaching client, reported that after 20 years in a sales environment, he had become jaded with the constant need to set goals and achieve targets. In his words “I have lost the dream”. After our Discovery session, and establishing of our overall Coaching Agreement, I invited him to use the time between sessions to do the activities just described. He reported renewed motivation and creativity, set goals with increasing confidence, and week by week his report-back on his activities, targets reached, and most importantly, enjoyment of his work. He has also launched two new projects, one in the field of serving orphaned children and the other new business. He reports continued growth and fulfillment in his family relationships. When I asked him what he puts it down to, his answer is “I got my dream muscle working again”.

Janice, a student, entered a coaching relationship with the primary focus being “to balance my life while staying on track with my academic goals”. Her academic goals were not highly challenging – in her words “I just want to pass the course”. During our first 6 months in a coaching relationship, she found herself constantly being distracted from the plan of action to achieve her goals and ending up, even while getting improving marks in every subject, being highly stressed from the pressure of last-minute deadlines, with an inadequate life-work balance. When she stuck to the plans and time management program she had set, not only was she achieving results above her expectations, but she was also more confident, unstressed, and balanced. When I asked her what she felt when in the latter mode, her reply was “I feel strong, and as if I’m the boss of my own life”. However, a recurring pattern of “falling off the wagon” of self-management was frustrating her. A year into our relationship, I invited her to use the tool described. The shift in her perceptions, her sense of purpose, and her long-term ambition were dramatic. She has launched her website displaying her art and is developing and sticking to her stated plans to achieve the dreams she has finally permitted herself to dream. Her vision board has as its heading “MY WHY”

Identity and self-concept have been formed by internalizing the “mirror” that has been held up to us over the years, first by parents and secondly by peers. Beliefs and attitudes are internalized when significant authority figures repeatedly say things to and about us, which we agree with, say about ourselves and act on in our formative years. To shift these involves an identical process, the only difference being that I am now the authority figure for my own life. I am to shape my own beliefs, self-concept, and attitudes by: Although as coaches we are not to give direction, advice, or even information to clients, we can, with our clients’ permission, recommend things to read, and invite discussion if the client wants to do so. I recommend books to clients as any area of “stuckness” in thinking becomes apparent. These include Viktor Frankl’s “Man’s Search for Meaning”; Steven Covey’s “7 Habits” and Dr. Caroline Leaf’s “Switch on your Brain”.

Adizes, IchakKalderon, Ph. D., Corporate Lifecycles: How and Why Corporations Grow and Die and what to do about it  (Englewood Cliffs, NJ: Prentice-Hall 1988)