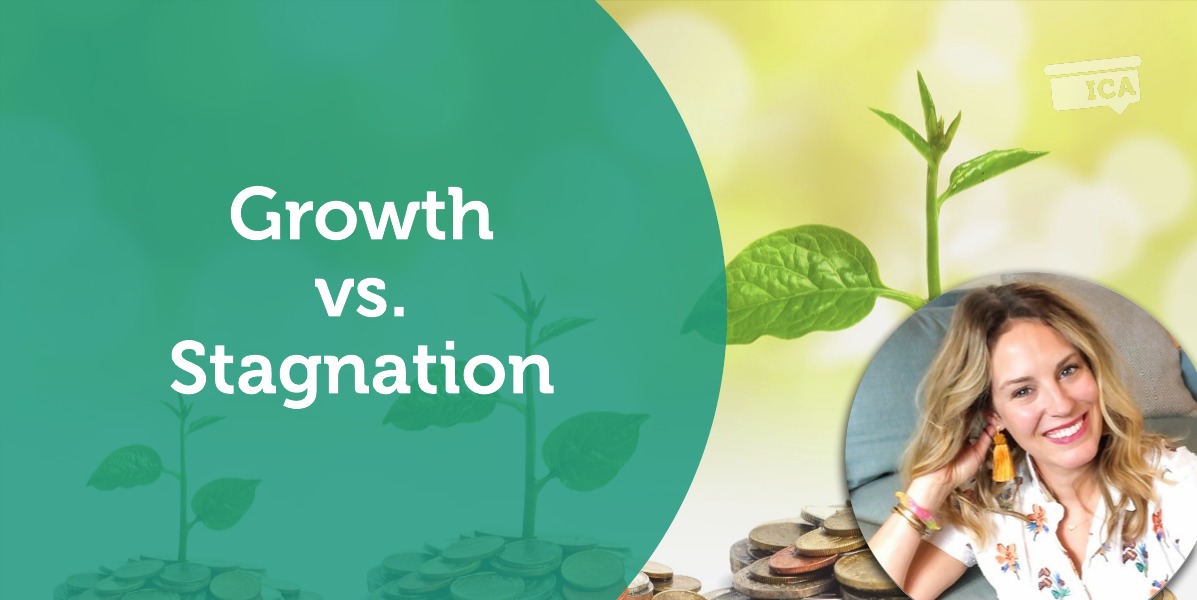 This power tool examines the nuances within the emotion of discomfort, which is defined simply as “mental or physical unease.” [1]

Discomfort is as inherent to feeling stuck just as it is to pursuing growth. Both will produce feelings of mental or physical unease. But being able to identify the difference – whether or not their discomfort is associated with inaction and keeping their status quo, or conversely, with trying something new and pushing themselves out of their comfort zone – can help our clients make powerful decisions towards their goals.

Many clients seek to coach to facilitate change in their lives. Perhaps they’ve already tried to make the change on their own, or maybe they’ve only vaguely considered what a change might look like in their minds. Either way, change can feel elusive to many people because of their negative perception of what it will take to support that change.

The phrase “growing pains” implies that growth hurts. To evolve into a new version of ourselves, we will encounter uncomfortable emotions. For example:

These are emotions that most people try to avoid – either consciously or subconsciously. But avoiding these feelings is exactly what keeps us stuck.

So, therefore, when it comes to the coaching relationship and setting goals, it’s necessary to explore and normalize these ‘negative’ emotions as part of the process of growth.

The irony is that a client will experience discomfort no matter what. But the client, with the coach’s help, can choose which type of discomfort they are willing to feel for the results they want to create.

One reason is familiar.

The power the coach has in this situation is to illustrate the distinction between these two types of discomfort for the client.

The discomfort of Stagnation:

Nicole is a 43-year-old mother to two boys, ages 9 and 7. She left her job as an interior designer after her children were born to stay at home with them. Though she kept herself busy with some creative projects while they were babies, Nicole gradually let those fall by the wayside as she raised her kids.

Now that Nicole’s boys are older and in school all day, her days as a full-time parent are not as busy as they used to be. She finds that days tend to drag on and blend in with one another. She has a long list of things she wants to get done, but somehow barely gets the first item accomplished each day. She’ll get bolts of inspiration for a new project, but then gets lost scrolling the computer for hours doing “research.”

Nicole longs to bring more meaning and creativity back into her life. She has visions of building her own antique business and one day wants to open a store.

But when she lets herself think of those goals, they feel so far away. She feels sad that her days are empty. She feels discouraged and believes she’s wasting her potential. She’s confused about how to make a change.

Nicole is experiencing the discomfort of stagnation.

Stagnation is defined as “a state or condition marked by lack of flow, movement, or development.”[2]

And Nicole is not flowing, moving, or developing.

While Nicole is unhappy with her situation and has dreams for the future, she’s also fearful of the change required to get her out of it. It’s a vicious cycle that keeps her rooted in place. She is stagnant and stuck in inaction.

Nicole hired a coach to help her jumpstart her career and clarify her vision. Together, they mapped out her ideas for the future and identified some initial steps she could take to start making it a reality. This was exciting to Nicole, but also terrifying. She was plagued with doubt and uncertainty. She didn’t believe she had what it took to build her own business.

It was a pivotal reminder that growth isn’t painless and that it’s quite the opposite.

The coach used the analogy of a runner training for a marathon. Each part of the training requires the runner to face their fears and confront both physical pain and mental uncertainty. But just because the runner gets a cramp, doesn’t mean she’ll stop training. Instead, she’ll evaluate what went wrong and what to do differently. She may need to hydrate more or tweak her nutrition plan. She won’t let one cramp, one bump in the road, causing her to quit outright.

Nicole understood this analogy. She realized that working towards her goals was going to bring about different levels of discomfort and that was OK. She could see that she had been stuck feeling the discomfort of stagnation. Wanting to change, but staying mired in inaction and overwhelm.

This awareness allowed her to choose from.

If she was going to feel discomfort without progress, why not choose discomfort on purpose that would lead to her growth?

Instead of looking at this discomfort as a sign, she was doing something wrong, she learned to reframe it as a sign that she was growing and learning.

This paradigm shift helped Nicole remove the stigma against feeling discomfort, both mentally and physically. It helped her gain traction on her plan of action and start making money in her business.

The discomfort of Growth.

A pivotal part of this power tool is to normalize the feeling of discomfort when it is paired with growth.

As humans, we are wired to avoid pain at all costs. It’s our body’s built-in fight-or-flight response to keep us alive in threatening situations.

“The fight-or-flight response can happen in the face of an imminent physical danger (such as encountering a growling dog during your morning jog) or as a result of a psychological threat (such as preparing to give a big presentation at school or work).”[3]

A coach with an objective perspective can see a client’s unwillingness to take action as a simple bodily response to psychological stressors. Taking new activities outside of their comfort zone is a surefire way to activate the body’s fight or flight response. Without this awareness, a client can easily retreat and choose the uncomfortable, yet familiar, status quo.

But when a client is aware that positive, effective action towards their goals may still feel stressful in their body, they have a broader perspective that can help them choose what action they want to take next. By normalizing the discomfort of growth, they can shift from a “fixed” to a “growth” mindset. They can see what they used to perceive as challenges instead of opportunities.[4] “By becoming aware of our resistance to change, it is possible to train ourselves to overcome this resistance and expose ourselves to new activities.”[5]

There are a few simple steps that a coach can employ to help a client recognize and name their discomfort, and from there, create the awareness for them to consciously choose stagnation or growth.

By normalizing the emotional experience of the client, a coach can help them understand if they are unconsciously choosing stagnation to avoid feeling negative emotions. By reframing and normalizing their emotions, a coach can help their client create more awareness around their thoughts, feelings, and actions, so they may choose growth and the natural discomfort that comes with it.