According to the Oxford dictionary, resentment is “a feeling of anger or unhappiness about something that you think is unfair”.

There are a variety of situations that we reluctantly accept. Sometimes, they can be big events such as getting a divorce, being separated from a loved one, or not getting the promotion we were expecting. We feel anger and its attributed emotions such as resentment, sulk, or rage.

Sometimes, they can be less severe, but more frequent events such as feedback from your manager, friend, or spouse that you don’t agree with. You may feel not heard or not understood by them. You can feel resentful. You may think that it is “unfair”.

Emma had been working for this company for a year now. She was one of the top employees, and her success was being recognized often. In her performance review, her managers asked about her career aspirations and told her that she was getting a promotion that was aligned with her career goals during the next promotion cycle. She was thrilled that all her hard work and talent were being rewarded.

Two weeks later, a fundamental restructuring initiative was announced. Her entire department and its leadership were either moving to the U.S. or being let go.

She didn’t get the promotion she expected, but she still got a promotion and a small salary improvement. In the meantime, the leadership asked her to take on more senior responsibilities during the transition.

Emma was getting resentful. It was unfair. She was weeks away from her dream job with “the promotion.” She started to get angry. She felt disappointed. Her behavior started to change. She used to join all the social events at work, but now her anger held her back. She sulked. She stopped making her successes visible to her superiors. Especially the fact that the leadership had moved to the U.S. made it even more difficult. Now, the new leadership would never have a chance to understand what she had achieved in those additional senior roles.

She didn’t think it was an unfair situation. She was unhappy with the situation for a while but she reframed her perspective about this event. She “accepted” it. She thought, with the re-structuring, she would have a more powerful network and she could advance in her career, albeit with a delay, but her next promotion could be bigger.

She happily took on the additional senior responsibilities. She kept herself focused and did not allow resentment to hold her back. Her acceptance allowed her to build trust with the new team. Her achievements were visible to more people now and were impacting more people. She found this very empowering and meaningful. She regained confidence in herself.

What happened here is that Emma changed her perception of the situation. When the perception changed, the emotions and behaviors also changed. The same situation brought completely two different experiences, one of which brought her peace.

Each client has a different story about an “unfair” situation, where the client did not have control over. There are different emotions attached to these stories one of which may be anger. According to Robert Plutchik, anger is one of the 8 primary emotions and resentment is one way it manifests itself.

Some questions to ask clients who are stuck in resentment: 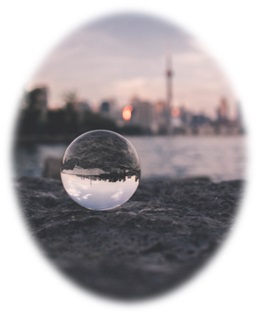 One afternoon during class, a teacher assigned homework to her students. The students are to write the name(s) of people with whom they are angry and bring a stone, for each name in their list, in their backpack to the school the next day. Some kids brought 1 stone, while some brought 10 stones in their backpacks. She asked them to continue carrying these stones to school every day for as long as they are angry or resentful. Some kids gave up after a few days, but for some, it took longer to let go. The ones who carried the stones in their backpacks the longest started to complain. Their backpack was too heavy. They said that they didn’t want to move or even come to school because of the pain. She asked them “ So, how does the anger/resentment help you then?”.

Resentment is a weight on our soul. It only takes energy from us, not from the people or the situation that we are resentful at. The ones who accept are the ones who embrace life as it is and make sense of it. They move on faster and find other opportunities in their new reality.