The coach’s role in this model is to bring clients through the important steps of engagement (engage the client in a trusting relationship), awareness (lead the client to self-awareness with powerful questions), and action (help the client create an action plan to achieve goals). The client brings a desire to change (areas to explore or create change), commitments (the coach uses active listening to look for underlying beliefs and other obstacles to action), and values and beliefs. Together, the coach and client work toward the client’s attainable goals.

At each of the six steps, or points of the star, specific tools and power tools are available to facilitate movement toward awareness and action. These are identified on the last page of the Star Coaching Model. Please see the PDF document entitled, “The Star Coaching Model” which was attached in the same email as this cover sheet. 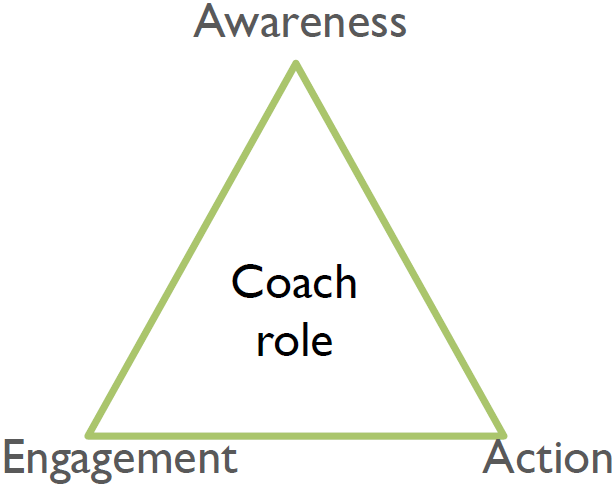