Wisdom from The Buddha:

If one should conquer thousands in battle, and if another should conquer only himself, his indeed is the greatest victory. The way to happiness does not consist of following externally-imposed duties, but of following an inner path of cultivating wisdom and compassion.

Each one of us has an inner warrior, ready to face and overcome the obstacles of our journey.  This warrior is not one of fighting, aggression, or violence.  This warrior is one that uses intelligent weapons like bravery, curiosity, peace, compassion, and forgiveness to rise above all challenges in order to conquer the beauty, love, passion, happiness and truth in their life.  It takes a true warrior to be brave enough to take on challenges by looking inward.  And it also takes a warrior to step out of their comfort zone in making such changes that can alter their world for the better.  Throughout time, these warriors have been referred to as peaceful warriors (by writers such as Dan Millman) and spiritual warriors in the teachings of Buddha; but in both cases, the most important notion is that these are warriors of an inner fight to conquer one’s self.

There are many things that make up a warrior’s journey: training, preparing, discovering, fighting, and conquering.  When reflecting on your own path in life, you may see many of the same elements presented.  There are times where your life, or certain situations, may feel like a battle and that there is no way to come out on top.  Whether it’s in day-to-day life, or in a quest to find one’s purpose, the journey will involve the bravery and effort of a warrior.

The WARRIOR in this coaching model needs to be Willing and Able to do the Research in order to Realign with their true Inner source/self, while letting go of their Old paradigm in order to Realize their purpose and path! This model, which is based on Transformational coaching, is really about conquering ourselves on the inside, in a compassionate way.  The struggle inside ourselves may seem like a battle at times as it is our greatest challenge, but also the one with the greatest potential and reward. It’s all about fighting for what’s right for you – your truth.  I like to relate the process to that of the phoenix – a mythical creature of strength that represents rebirth and emergence from the ashes.  To me, the phoenix is all about letting a part of you die in order to emerge as the best version of yourself, the warrior within, and be able to truly soar.

Elizabeth Lesser, author of Broken Open, describes it like this:

I have my own name for the quest. I call it the Phoenix Process—in honor of the mythic bird with golden plumage whose story has been told throughout the ages. The Egyptians called the bird the Phoenix and believed that every 500 years the Phoenix bird renewed his quest for his true self. Knowing that a new way could only be found with the death of his worn-out habits, defenses and beliefs, the Phoenix built a pyre of cinnamon and myrrh, sat in the flames and burned to death. Then he rose from the ashes as a new being—a strange amalgam of who he had been before and who he had become. A new bird, yet ever more himself; changed, and at the same time, the eternal Phoenix.

Drawing by Jennifer Querques, demonstrating the full WARRIOR coaching model process (related to the phoenix process).  Each section will be broken out and described individually. (adjective) meaning; doing something or ready to do something without being persuaded.

This means the client should be ready to take action in their lives, by entering and committing to coaching.  Even though most people can benefit from coaching of some sort, they must be willing to do the work.  A warrior needs to be willing to look inward, challenge themselves on many levels, and take action.  Without this willingness, the value of the efforts is lessened, if not wasted, of both coach and client. 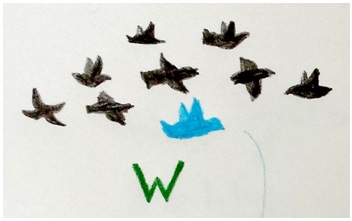 Willingness to do something different – and break away from the pack, or from the familiar

(adjective) meaning; having the power, skill, money, etc., that is needed to do something.

In the case of coaching, a client should make sure to have the right conditions for getting started in the process and entering a coaching contract.  Clients needs to be able to go through the process of coaching, which involves forward movement, change, and action.  This means that if there are issues holding one back, which need the expertise of a therapist or psychiatrist to treat, then those need to be resolved first, or separately by the appropriate professional.  This is for the client’s benefit in being able to take full advantage of the process.  Another condition that the client should possess before entering a coaching agreement are to have the financial means and commitment of time and dedication. 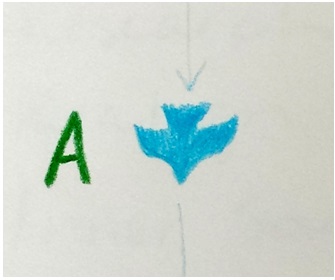 Looking into what has made up the client’s journey so far.  (Core Values, Beliefs and/or Underlying Beliefs, and Actions)

When the coaching relationship begins, it’s important for both parties to understand where the client is at and where they want to go.  Not all variables are known at this point that will play into the client’s transformational process, so we start with a bit of research, and allow discovery to unfold as we go.

I like to get a basic understanding of the clients “A, B, C’s” so-to-speak, which are:

We can get a better understanding of the “A, B, C’s” using the wheel of life exercise, as well as a questionnaire the client fills out with their actions, goals, beliefs, and values.  It is up to the client whether they want to fill these out upfront and send them over to the coach, or go over them on a call, but time should be given to reviewing the information together and discussed further.  Those sessions are great opportunities for the coach to listen to the energy in the client’s voice while talking through the answers.