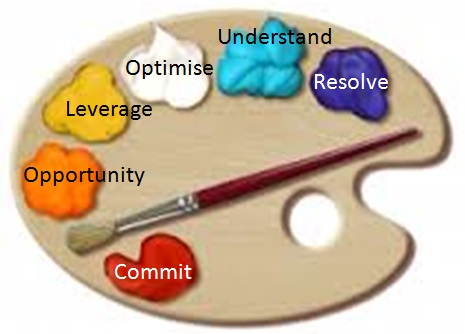 We make choices. No one else can live our lives for us. And we must confront and accept the consequences of our actions. Neil Gaiman, The Sandman, Vol 9 The client’s state of self-awareness is key to this first step of the process. The degree of awareness and cognisance of cause and effect will determine the level of commitment and, indeed, the client’s readiness for coaching as well as coachability.

The awareness is at two levels – the existence of the need for change (usually present since the client is seeking coaching) and the source realisation that triggered it (the client may have become aware of frustrations or limitations in the current life paradigm). However, at a deeper level, the client may or may not be aware of the barriers and limitations inhibiting future paths to higher levels of fulfilment.

The coach has to test and acknowledge the client’s self-awareness. The next step of the process depends upon this – gauging the client’s level of commitment to the coaching process as well as coachability form the core of the coaching contract.

In this step the client gains a perspective of the current situation and extrapolates that into the future. This future is then overlaid with what other possible future states could look like. In this way the client becomes aware that the current future is being dictated by the present as opposed to its own possibilities.

Once having established the potential, it is not a far step for the client to realise the impediments anchoring the future to the present. Similarly, alignment of goals to values can be revealing and inspiring.

The desired outcome of this stage is the client’s realisation that change is possible.

Enabling the client to see the link between present and future is the prime focus for the coach in this stage. Visualisation can be a powerful tool in this process as it enables the client to project a different future than what has been so far perceived. It may also help the client to identify their values and goals and see the deviation from their current lives.

Further, the coach has to help the client identify the structures created to perpetuate the status quo and anchor the future to it. Some powerful questions can be very useful here.

The Power of Knowledge

The most important stage of the process – In the previous step the client realised the impact of the current paradigm on the future – ‘more of the same’. This is the second aspect of the same realisation – that the future can be independent and its possibilities based on desired goals actively sought and values consciously leveraged. It establishes the foundation for the client’s commitment to abandon the ‘Given’ and its support structures.

The link between the future and its building blocks – goals, values, priorities, self-awareness and resolve – are now clear.