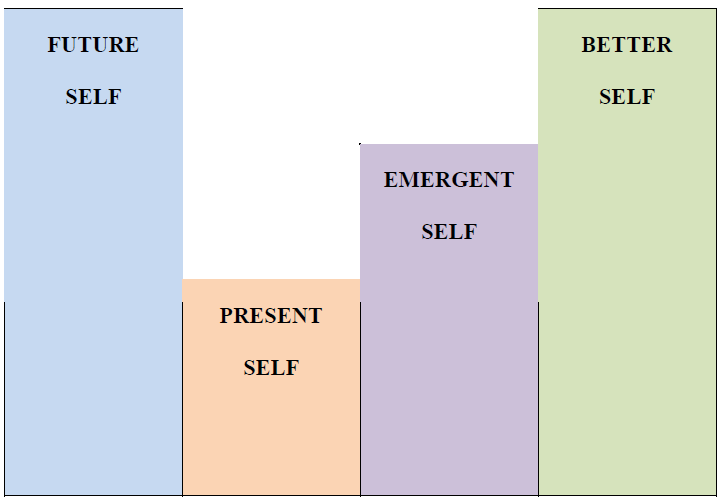 Life is a journey, and every journey has a different starting point and ending point. In order to traverse the unknown between each point, people need a map to stay on course. This map is our navigator both to self- discovery and self-fulfillment. During the journey, the client learns how to live passionately by finding the driving force behind their energy. As they progress from one landmark to the next, every minute turns into a moment of being fully alive.

At the first session, the client states what their passion is and where they would like to be. Questions asked are

The picture of their future self would be the goal. In addition to written goals, the client now has a visual of what they look like in the future.

This is the place the client is right now. It is the starting point of their journey, also called the Point of Departure. Through self-reflective questions like,

Where are you right now?,

the client reveals their present self and comes up with an action plan for the week. The present self continuously changes throughout the sessions relative to their progression in the Self Map.

At the end of every session, the client enters a week-long process called The Journey. During The Journey, the client begins to explore and discover new avenues that are continually being developed. As a result, they themselves begin to emerge and develop into something more. At the end of the week, the emergent self arrives at the better self.

Where are you now?, What has developed? or What have you accomplished?

This Self Map is cyclic in nature and aims to transform a person into their passionate future self typically within a three-month period.