The Three Paths: Making the move from independent contributor to a leader in an organization is one of the most challenging transitions that a professional can make and research bears this out. Research shows that 38% to over 50% of new managers fail in the first eighteen months of being promoted (Riddle, 2011).

New leaders often find themselves in a place of being completely new and out of their depth with what they are being asked to do. A majority of new leaders often do not receive any management training with one statistic reporting that number to be as high as 58% (Workplace, 2019). This uncertainty is often accompanied by a sense of pressure to act as if they have it all together to prove they were the right choice for the job. This can stagnate new leaders in unhelpful thought processes and perspectives that lead to ineffective leadership in the workplace. All of this can keep them from growing, progressing, and fully stepping into their new identities as leaders in their organization.

The Three Paths of Leadership Coaching Model provides a way of orienting new and emerging leaders to their new identity as leaders. Through a systems-based approach to their thoughts, actions, and feelings as a new leader, each of the three paths help them come to terms with and understand the new ways they need to relate to their organizations, their teams, colleagues, mentors, bosses, and most importantly to themselves.

Overview for The Three Paths of Leadership Coaching Model

With leadership, a client is always on three paths. Each leadership journey is unique to the individual and the approach taken with the Three Paths of Leadership recognizes that new and emerging leaders bring their unique blend of experience, skills, and personal development to their new identity as a leader. They are not a blank slate and how they approach each of the three paths is heavily influenced by who they are, what they value, and the various paths they have traveled to get to this point in their life.

The Three Paths of Leadership coaching model uses the metaphor of a path to provide a sense of clarity and confidence that there is a way forward without being prescriptive about what that path needs to or has to look like for the client.

The client needs to understand that they may find themselves on different types of paths for each of the three leadership paths defined above. For example, a client may find that their Outer Path is well-defined and known because they have worked at their organization for several years and have a clear understanding of how it operates. 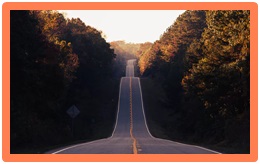 Photo by Matt Duncan on Unsplash

But that Outer Path can start to seem less straightforward and feel rocky and unstable in places as the client transitions into a leadership role. 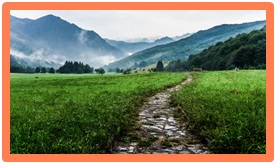 Photo by Lili Popper on Unsplash

As that client starts to take on the new challenges and responsibilities of leading a team that perhaps they were previously a member of, that Middle Path is known to a point and then becomes fuzzy and uncertain as colleagues become direct reports and relationships need to shift and be redefined.

Photo by Ugne Vasyliute on Unsplash

Steps For The Three Paths of Leadership Coaching Model

This model has four main steps that the coach and client take together.

This is a place to share the system perspective with the client, so they can begin to orient themselves to the idea of being on the three paths and what those paths are in their new identity as a leader. This is also a place where coaching is most blended with consulting as this is a model and perspective to be shared with the client in the early stages of working together.

This step is designed to orient the client to how their current career situation maps to the three paths of leadership and to begin the process of exploring those paths. Being able to look at the current state with curiosity and compassion helps create clarity and confidence for how to move forward and where the client needs to and wants to focus their energy and resources. It is important during this step to recognize and appreciate what is working and not simply focus on what might be feeling like a struggle or a stuck place for the client. Wrapped up in what is working, is usually the clues to the gifts and strengths a client possesses that they can use as they continue down the three leadership paths.

After Step Two there is more clarity on the current state of each of the three paths and with Step Three, it is time to look ahead to what is next and where the client wants to focus their time, energy, and the coaching sessions.

Looking ahead, what do you want each of these paths to look like for you?

What values matter to you as you begin this work?

When you think about where you are in your career and development right now, which path (Outer, Middle, Inner) do you want to focus on most right now?

What are the common themes you are noticing with the three paths?

Supporting the client through the process of growing and developing as a new leader is at the heart of this final step. The direction, goals, and methods for achieving those goals are all determined by the individual client, and the coaching process and the coach will be there to support the client along the way. Helping the client to plan, practice new ways of thinking and behaving, take action and build effective systems of accountability are the primary ways the coach will support the client in achieving progress. Underlying every session and interaction is a sense of trust and presence.

By looking at a client’s leadership journey through a systems approach of the three paths, new connections can begin to surface and greater levels of reflection and insight can emerge through the coaching process. Leaders really are situated on all three paths and keeping that in mind through identifying and exploring their paths, setting and achieving goals for growth and development along the paths, and recognizing and appreciating their own unique leadership journey helps new and emerging leaders find their way to their authentic leadership identity.