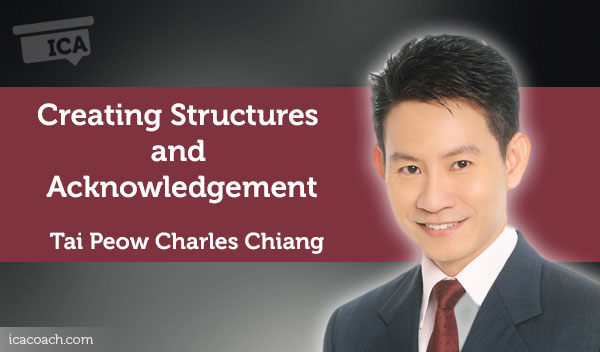 1.) Who is the main player in this case study?

Tom used to work as a Human Resource Manager in a company. He is facing difficulty in his current job search. He has been out of job for a year and for the past six month he is back in his job hunt.

2.) What is the core problem or challenge I applied my coaching skills to?

Despite of the numerous interviews, there is no offer from any company. This has been happening for the past six months. As time goes by, not getting any result from these interviews, Tom’s confidence is wearing down. He is getting confused about the whole situation. As a Human Resource professional he is certain how to perform in an interview, answering any question that is put forth to him. Thus, logically he should be doing well in all these interviews. As a result, he is frustrated with the whole situation, not knowing what went wrong With no income, he is eating into his savings. He is having other thoughts on the possibility of setting up his own consultancy firm. As a result, he need coaching to cast some light on this situation and find out what to do, moving forward.

3.) What specific coaching skills or approach did you use in this case?

My approach is to be able to create clarity in the thinking of my client and help him to figure out what is the best route to take and also to ascertain what are the blind spot he might have that is hindering him to have a breakthrough in his interviews and ultimately getting a job offer.

I applied to much extents, my coaching skills in the area of

4.) To explain the whole process in detail

The first part of the session is to address their current situation, what problem that  is bothering them. Most important what dilemma is in their mind and what outcome they want to achieve in this coaching session.

First step is to clarify on the issue that he want to work on. For this case, there are two parts to it. First part is to help him to decide which route is more relevant for him to take. Whether he should start his own consultancy firm or to continue  working for a corporate as an employee.

Eventually, after going through his thoughts with series of questioning and also comparing his resource and unveiling his aspiration. It come to light that continue working for a company is the right way to go.

As I continue to apply question, peeling the onion to reach the core , I am able to narrow down to the main action to take to help him with his situation. He came to realisation that to have breakthrough in his interviews, there might be blind spots that he cannot see that caused him to perform poorly in these interviews. It must be some non verbal or unconscious behaviour that he is unaware of that might have cost him in these situation.

Thus, the only way is to have a role play to let an outsider to be his sound board to feed back to him area that he cannot see.

Thus, we arrange a separate session for this role play to be conducted. So we can dissect the process and analyse what went from from a third part view point.

5.) What were the results of your process? Was your coaching/program effective? Why? Why not?

The process result in a satisfactory outcome, as it helped the client to gain clarity and able to move on in a directly that is more focused and effective. This resolve the frustration that was building up as the client is doing the same thing repeatedly and not getting result. A change in approach in analysing the problem brings light to the situation and thus give confidence again which will give better result. The coaching session allows the client to speak out his mind. Laying the cards on the table, gives him a more effective thinking process. In this manner, allows the subject to give birth to more creative idea on how to go about solving the problem.

6.) What I learnt from this experience?