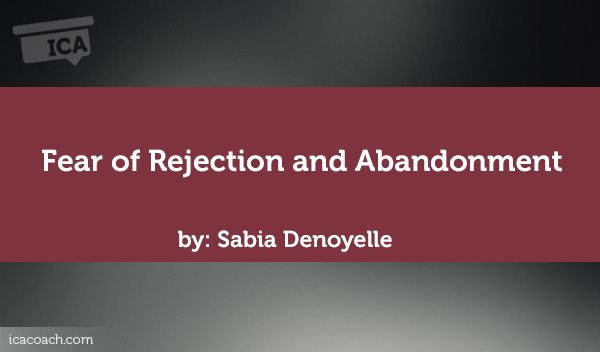 The main player in this case study is Thomas (name changed).

The core problem is Thomas has lived all his life away from people, kept them at bay, didn’t let anyone inside his intimate life because of his fear of rejection and abandonment. Spending most of his life (he is almost 55 years old) under the reign of this fear, now he feels a deep longing for companionship. So this is where it all starts to become a problem. He came to the sessions saying that he wants to have somebody in his life to share his life with but at the same time he doesn’t really know how to open himself to a woman that he really cares about and bring down the mask and really let himself be seen, be vulnerable with her. The worst thing about this problem is that there are as if two different people in him. His shadow side was completely sabotaging him for all these years, taking over the control unconsciously. As much as he wanted to, he just couldn’t let anyone get close to him unless he didn’t value enough, or didn’t think highly of that woman. And I felt such sadness in his voice when he said those words, as he also added, imagine what kind of a man am I? He actually devaluated himself with that attitude which was occurring from a deeply rooted belief that he actually didn’t think of himself as highly valued, in the first place. He felt so lonely all the time yet he didn’t do anything out there in the real world to change this. He told me he had seen a psychologist about this but I could feel that it didn’t work for him because the walls he built were too strong to break; he was too safe in his comfort zone (in his prison).

First of all, I did provide him a safe, non-judging, supportive place where he could feel at ease to open up to me and share with me quite a lot of his deep emotions, thoughts, behaviours… So establishing trust and intimacy was the first step I took, not being so eager to dig deep immediately, always asking for permission to explore sensitive issues, respecting his need of privacy, allowing him to move, to open up at his own pace… Another skill I used was powerful listening and questioning and sharing my observations in a non-judging but thought-provoking way.

So the questions I asked (e.g. “How is this defence mechanism serving you?”) made him start to see that his decision to create this defence mechanism which dated back to almost 30 years ago wasn’t serving him at all today. And with going deeper to shed a light on how his shadow was sabotaging him from really reaching out to others and to clearly state his desires, he started to see that it was in his hands to make a choice despite of his fear of rejection, to go out and start socialising with others which was the first step to meet with someone. One of the main questions that changed his fixed mind was I asked him to explain how he felt when he got rejected. And his answer was that he never got rejected because he never gave way to something like that and that he always avoided those kinds of situations. And he realised he was afraid of something that he didn’t even know (experienced). So I asked how willing he is to be out there and socialise with others. His answer was that he was willing, but I never heard a true commitment in his voice. Later we explored his beliefs about himself. I asked him, “What do you think that others will see in you and reject you?” His answer was that he was not good enough. And when I asked what he thought of others not being good enough, he said its ok, everybody can be not good enough sometimes. So with this answer he realised he was not tolerant and compassionate enough with himself the way he was. And he realised he had so high almost inhuman expectations of himself and this was making him live in a prison for years. So little by little we were getting into something, it wasn’t fast but it was slow but sure steps…

Well, personally after 5 sessions, I do not think Thomas made a big change in his life, but for him it was definitely a progress. First of all, he did manage to go out to the picnic in the park, but he didn’t want to go back cos he felt lonely there and kind of embarrassed that everybody was in groups and he was all alone. We talked about it that if he never goes back and not talk to people he wouldn’t meet with anyone but he backed off and didn’t make it back there. Second, he willingly as his own idea subscribed to a cooking course, paid money for it and he was so excited for days for it to start. Then the morning of the first day of the course, he didn’t get up and go. When I questioned, he said he didn’t have anyone to cook for. But he realised that if he would never go then the chances that he’d meet with people was quite low. And he said himself later on that he got hijacked by his shadow again. I think, my coaching wasn’t not effective however there is a huge resistance in the client’s part. And I think, there is nothing I can do if he is not willing to take action. With the picnic in the park he held me accountable for it, so I asked him if he was willing to send me some photos from there, and he did, which made me happy. But he never went back there. With this cooking course, I understand the fact that not having people to cook for doesn’t sound really motivating so I encouraged him search for other options that are more doable in his town. However he admitted to me at the end that deep down inside he doesn’t really want to change. Later on, we decided mutually to change the overall goal of the coaching sessions and that dropping this subject for a while would be better for right now.

I would be coaching him more on his being side which I also did before coming to take some actions. Or perhaps I’d be asking more daring questions and use visualisation to give him a view of how it will look like if he continues changes and takes and actual step into socialising and how it would look like if he stayed the same and which one he’d choose.