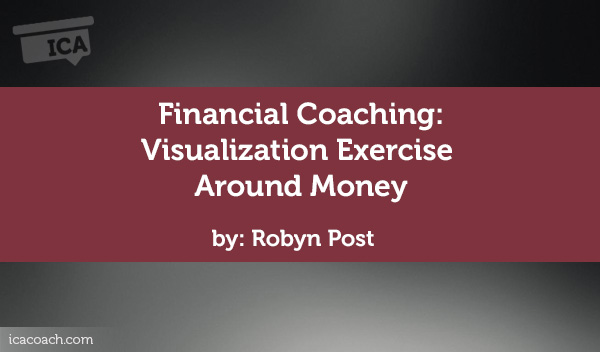 My client in this case study is Lynn, a woman in her 40s who I coached over 8 weeks. She’s married with no children, and is an executive for a national organization. She’s very organized and likes things done in a linear fashion.

Why is it a problem?
How long has it been a problem?
What is the worst thing about this problem?
Why has no one been able to solve it so far?

Lynn was concerned about her financial situation. She and her husband earn good salaries, each in the 6 figures, but they hardly had any money saved and had about $20,000 of credit card debt that was spiraling out of control.

They were both smart and organized in other areas of their lives. And tried to be in their finances as well. In fact Lynn had a very detailed budget laid out neatly in an Excel spreadsheet that they tried to stick to. They had specific goals for their lives that they wanted to achieve. But they were beginning to worry that they wouldn’t be able to meet them. They were also worried they wouldn’t have money to retire or could end up in a bad place if they didn’t start fixing their finances immediately. They felt like they just couldn’t seem to get a handle on it.

Lynn was the one who handles the finances in the household, and the financial stress she and her husband felt became great enough that she came to me to find out why she couldn’t seem to fix their finances. She felt ashamed. “I know what I’m supposed to be doing, I just can’t seem to do it.”

She had never sought help before.

As a coach, I found it curious that Lynn was so organized and liked things in order, yet she couldn’t seem to bring this approach to her finances, even though she tried.

I found myself assuming that there was a limiting belief around money, but remembering our training, chose to leave it to exploration.

To begin, I led Lynn through an exercise: Visioning her life as she would like it to be. She went into detail about the house she wants to live in and how she wants to spend her time, and the work she wants to be doing ideally. She also mentioned the amount of money she’s like to have in the bank as her nest egg. Being present with her and actively listening, I was able to draw out what was important about each of these goals, and pointed out her elevated emotions in envisioning her dream. This brought an awareness that she has never defined her goals in this way before, and that envisioning helped her feel more connected to them. She also learned that one of her biggest values was being able to do work that was meaningful to her and that having healthy finances could enable her to explore that further.

We then moved to looking at what she thought the obstacle was to getting her finances healthy and saving toward this goal. I applied powerful questioning here in an effort to help her uncover what beliefs she held around money. She shared that her parents spent every penny they had and never had a plan. Money was tight in her house growing up and stressful. She was afraid to ask for anything for herself. She came to believe that money is supposed to be stressful and scarce and she was following the same “get-money-spend money” habits as her parents had modelled, which she realized also kept money scarce. Applying powerful questions about “winging it” ( a word she had used), gave her a realization. For all the budgeting tried to do, she never thought to have an actual plan. Through another visualization exercise, she became aware that she had a negative idea of wealth. Providing her the space to think allowed her to realize that all of these negative experiences gave her an aversion to money, and that she was spending it away in an effort to get rid of it.

We then explored how this related to her most important goals, one of which was to do work she loves without money being an obstacle. And we began weekly work on ‘trying on’ other perspectives and building in tiny habits she found doable.

Together, we created a plan of action for her to start paying down the debt and saving more. We made a game out of growing her net worth and began tracking it weekly. She became enthusiastic about her newfound “mindful spending.”

The process had good results because the visualization seemed to bring the clients an awareness and openness to looking at her thinking and perspectives from other angles. And because she was so open in sharing, it allowed her to gain awareness. Powerful questioning helped her tune in to beliefs that were affecting her most important values and goals.

In the action and monitoring process, the client had ups and downs. Some weeks she would fall behind, and feel bad about it and try to make up for it. But coaching helped her have more self-compassion. She understood she was still working through long-held habits and that she was still moving forward even though there were times she would fall back.

The same problem comes up a lot in financial coaching, but every client is different. So it’s hard to say what I might do differently. With this client, I felt good about the questions I asked and the tools used because they yielded good results. But with another client, the same tools may not work as well. So

I try certain approaches and shift where needed.

Visualization is so powerful for bringing a client to the place of feeling a goal, so it’s not just words. I am trying as a coach to find ways to bring clients to a more ‘feeling’ space.

The major learning from this experience was that awareness takes time. That just because a client has an aha moment, doesn’t mean they are off and running in a great direction. This client wanted desperately to change her life, even had a detailed budget she tried to live by, and ample money in her budget to save, and yet couldn’t save. And then even with understanding what was holding her back, she had some fall-back moments. As weeks went by, she got better at them. So while I knew intellectually that awareness and learning take time, it really hit home that you always need to give the client that time and space that they personally need, not what you think they need.

This isn’t a learning or coaching awareness necessarily, but coaching around money is so rewarding because it has really affects people’s lives, their health, relationships and well-being. When they find well-being with their money, their entire life improves.