You are here: Home » COACH PORTFOLIOS » Case Studies » Coaching Case Study: What is My True Vocation? 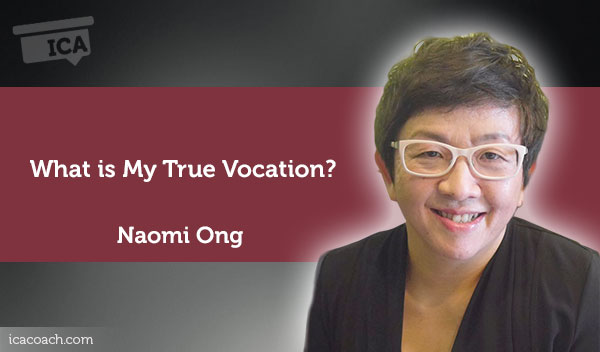 Who are the main players in this case study

My client is S.Ng, a lady who has been an educator in a public school for about 10 years. She is in her 30s and single.

The problem is a question that has lingered on S’s mind: Is the job I’m currently doing what I really want to do for the rest of my life?

S is a person who prefers to go with the flow. She became a teacher when she took up her good friend’s suggestion to apply for a teacher training course and not because that was her ambition. Although she has been doing well and is now a senior teacher, deep down she wonders if this is her true vocation. This is an important issue to address.

How long it’s been a problem?

The question has been on her mind for a few years.

What’s the worst thing about the problem?

The worst thing is that this problem lingers on S’s mind and may affect her emotional well-being, which is very important for her. This indirectly impacts her satisfaction and happiness in life.

There has not been much awareness about coaching, much less career coaching in my country. Due to a lack of awareness, S did not perceive it as a problem that warranted her serious attention. So she was not actively seeking for a solution and hence did not address the issue till now.

What specific coaching skills or approach did or could you use in this case?

I started with establishing trust by building rapport with S and ensuring confidentiality. Then I explained the coaching process and my role as her coach. Ours is a partnership where as her coach, my goal is to support her to understand herself through creating awareness of her values and beliefs, strengths and purpose. I explained to S that the agenda was hers and I was there to listen, support and help her discover the answers within herself. I would inspire her to find a way to reach her destination by challenging her and keeping her accountable.

In this trusted and safe space, S felt comfortable to open up and shared about herself, her interests and her work. By being present, asking powerful questions and reflecting back to S, I supported her in the process of examining and clarifying her values and beliefs. Using visualisation, I took S through a goal setting process for her career. During the process, S was unable to “visualise” herself achieving her goal and came to the realisation that there was some limiting belief which was holding her back.

This limiting belief resulted in S’s lack of purpose in life. Due to her way of preferring to go with the flow and taking things as they come and a lack of purpose, S has not been able to set her career goal and hence does not know where she is heading in terms of her career. I acknowledged S for her awareness and supported her intention to start identifying her life purpose which would give her a clear direction in life and for her career. I continued to listen actively and provided empathy and support for S in the conversation.

Finally, we concluded with some actions steps which S committed to work on to identify and clarify her life purpose. I concluded our session by letting her know that I continued to be available to provide her support after the session.

What were or are the expected results of your process?

The process was effective because through the coaching, S gained some self-awareness and clarity for her to start on her journey of discovering her true vocation, which would be aligned to her beliefs, values and purpose. This would move her nearer to a fulfilling life.