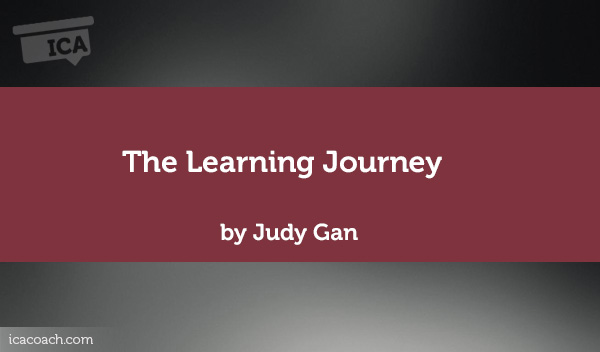 Elisabeth (the client) is a Trainer and Coaching professional.  For the past years, she had enjoyed what she does and believed that she has been impacting the lives of others. However, of late Elisabeth has a nagging thought as to whether there is more she could do.  In spite of where she is today, she feels stuck, passive and completely complacent with life. She wishes that she could be more aggressive, competitive and see the value of money.

During the coaching session, I adopted the G-R-O-W coaching model on Elisabeth

Reality          Have an understanding of the current reality of the client.  It is at this stage when the client becomes acutely aware of the starting point of their journey towards achieving their goal.

Options        Explore with the client the various options available to her.

Will                Enthuse client with the will to work on the options to reach her goal as well as mapped out specific action steps.

By the end of the session, Elisabeth hopes to be more competitive and know the value and importance of financial wealth.

In our learning journey together, Elisabeth revealed that financial wealth was something very important for her when she was younger as her family situation forced her to be financially responsible for herself and her sibling.  In retrospect, it could be the experience of having to work so hard that she now avoided the need to chase after it and has since placed it on the back-burner.

As the conversation unfolds, it is clear that Elisabeth does have big dreams.  She blurted out that being able to afford only the necessities in life is simply not enough; she also desires to have the financial means to travel and enjoy life.  In fact, she dreamt of being a boss of a Coach Spa and an author!

There were two limiting fears that clearly disempowered Sarah’s objective of achieving a bigger dream.  Firstly, the fear of having to chase after money, as that equates to hardship (as what she had experienced when younger).   Secondly, to acquire wealth, one needs to be more aggressive, competitive and to her these are negatively associated with lack of compassion and moral values.

‘I feel very negative towards competitiveness as I have encountered people with such traits. It has been a bad experience. They became unethical and manipulative just for their gain.

Steps were also taken to ensure that she understood the difference between coaching, consulting, mentoring or even therapy.

Throughout our sessions, several skills and approaches were used including:

I was mindful to listen and observe what Sarah is saying or not saying, her subtle changes in pace and pitch to get “inside her inner world’’ or what we call Coaching Presence – an important ICF core competency.

With powerful questioning, the client was guided to think through and become aware of her current status and helped bring her closer to her goals.

Got the client to consider and implement documenting the options and actions which she has got in her head. She now believes that this can help her focus on her decision making.

I explored the problem with Elisabeth, and we turned it into possible self-actualization. I got her to visualize what her life would be like when she reads a story about herself when she is 90 years old.  While she was going through that, I could sense her excitement, energy level and enthusiasm as she narrated her storyboard: she is now the owner of a Coach Spa and a successful book author sharing her knowledge and impacting lives.  This brought her current status to a whole new level.  She felt the sense of achievement and her nonchalance began to be replaced by a streak of competitiveness.

As we move through this journey of discovery together, it is obvious that she has to work on her limiting beliefs – negative association of competitiveness, the hardship she experienced to gain financial wealth.  So these were ‘hijackers’ that she is now aware of and that she needs to remove for her to progress.

Use of Coaching Tools – The ‘Wheel Of Life’

Got the client to map out her ‘Wheel of Life’  as this gives her a visual perspective of her current priorities and how/where she could close the gap especially in the area of ‘Financial’’.  The exercise gave her a new sense of direction as she now had clear ideas on what needs to be done – the area to focus and de-focus. Elisabeth realized that she does need a substantial amount of money to get her Coach Spa started.

At the end of the coaching session, the client was more enthusiastic than ever before.  She now knows competitiveness can be a positive trait that acts as a lever to drive the attainment of financial wealth. She was able to map out her action plans and the support she needs to realize her dream.