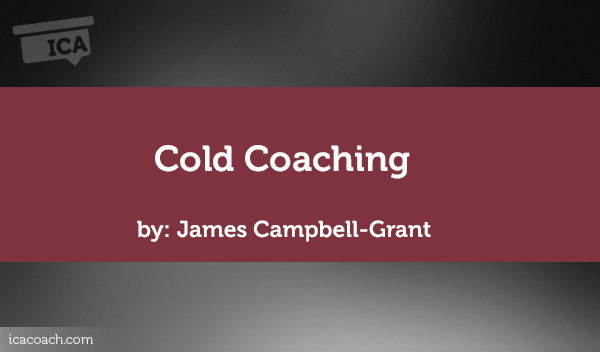 I volunteered to provide Career Coaching sessions at the ST Job Fair in early March as part of my coaching journey. For reference I have named my experience as “Cold Coaching” as this was truly a test of nerve, what I had learned about myself previously, as part of my teaching’s to date.  I had no prior exposure to my clients and therefore no expectations. However, the driving force behind the majority of the visitors to the Fair was an opportunity to look for jobs, to enhance current skills or to pursue new career options.

Client A – A lady (50) from the lower scale – salary wise – who was unemployed, had been retrenched three times, was suffering from both Health and Family Challenges.

Client B – A Gentleman (70) who was unemployed, lacking self-esteem (His Words) and had minor challenges with his legs.

Client C – A younger Gentleman (24) who thought he wanted help with his CV but once he started to explain the background identified that he also had work life balance challenges.

My Strategy was to win their trust as soon as possible during the sessions in order to help all three relax and explore their challenges, options and by end of the time together,for each of them to have set some goals/ actions and feel better about themselves overall:

Client A – was very nervous and started speaking before we had a chance to even sit down,expanding on multiple topics and concerns in quick fire succession.  I asked her if I could briefly introduce myself and then was able to assure her that this was a confidential environment and that this was her time. I also explained what our role was and to give some consideration into what would she like to achieve by the end of the session. Having realized that there were no immediate jobs on offer, her body language and her demeanor became very evident – huge disappointment and fear. She also expressed concerns in how her job search was going and that she had no real plan except to flood the market (the day before she had x6 interviews with no success).

I took this opportunity to ask if she would be comfortable to explore her previous roles, and whether she minded if I took notes at the same time. She was happy to do this, which slowed her down, gave her time to think and equally as important provided me with an opportunity to really listen to what she was saying giving opportunities to ask searching questions around her responsibilities, skill sets and challenges.  The result was a job profile mapping with her strengths and potential technical learning opportunities. At this point she was smiling and more relaxed and definitely feeling better about herself. Client A then explored her personal challenges, which she realized that this now gave her an more of an opportunity to frame her Job criteria. When reviewing, she was eager to get started on exploring opportunities armed with the information she had now driven out so she expressed her gratitude, we exchanged numbers and I offered to coach her (pro bono) when and if she decided that was appropriate.

Client B – Very assured and articulate, who again started talking before we had a chance to sit down. This time he clearly understood that whilst he knew there was no “job on offer” wanted an opportunity to discuss his current situation.  He explained that he was encountering what he described as Ageism due to his age, and that doors “once open” were now firmly closed and that he had no faith in “inefficient Singapore Recruitment Agencies”.  At this point I decided to try and win his trust by explaining my previous circumstances which were very similar to his thus I could sense this helped to create a more trusting environment.  I also decided that whilst I wanted to really help Client B, felt that a career coach was not what was needed at this point. He was a C level Executive in his own industry and had previously built his own consultancy firm, he was very aware of his strengths and challenges which he had laid out. It was clear to me that I was better establishing a “friendly” relationship and introduced him to a trusted Recruitment agency.  Again we shook hands warmly and have stayed in touch in hindsight maybe a Life Coach might also benefit.

Client C – A younger gentleman whose original intent was to seek help with his CV. Again by sitting down with him, winning his trust and allowing him to talk and express his desires for a “more balanced” lifestyle. He also talked about his career aspirations and whilst talking we were able to document his road map for the next 6 months identifying a number of sub actions and tasks that he would need be complete in order for him to be achieve his short terms goals.  His first immediate action was to schedule a couple of hours daily for relaxation.  Again, by actively listening and asking the right questions he was able to uncover other challenges. We will meet again in April and I will coach him and support him in preparing himself for further career choices. Interesting enough he let me know post the Job fair that he had scheduled “down time” and was enjoying that space.

By using my strengths:

Together with the Competencies:

I was able to develop the partnerships and potential coaching opportunities.

A truly humbling experience when sharing in people’s challenges and win their trust by forging partnerships. From these sessions I have been able to make a number of “career choice” decisions and will readily be able to use all lessons learned with a view to creating the “James Coaching Practice”